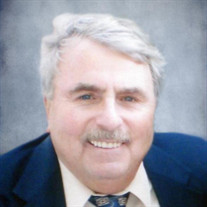 William Zwirz, Lived life to the fullest With a heavy heart, we announce the passing of William Zwirz, age 76 of Lewes, DE. He was born on August 21, 1944 in New York City, NY, son of the late Edward and Margaret (DeNota) Zwirz. Bill was a native of Throggs Neck, Bronx, NY, where his fondest memories included summers at his aunts’ houses in Connecticut and Maryland. He often spoke of swimming, barbecues, and family reunions in both places and maintained close ties with all of his friends, cousins, aunts, and uncles in both states. He had a passion for genealogy and for sharing the history of his ancestors who came from Germany, Ireland, and Italy. Bill maintained, in his own words, “the longest part-time job in history”, as a baker at his best friend’s bakery, where he learned and mastered many new recipes. When he met his wife, Maria, he sang the song “Maria” from West Side Story, making everyone in the bakery laugh. He worked there from the age of 16 for at least a decade. From 1966 to 1968, Bill served his country as a hospital corpsman for the US Navy. These were his proudest years, and he was able to travel throughout Europe. This allowed him to fully impress his future wife, for when she told him she was from Malta, he was able to say that he was very familiar with the Mediterranean island, having traveled there during his service. Following his military service, Bill worked for Con Edison in New York as a Senior Operator in electrical distribution. During these years, he married and moved to Matawan, NJ and began a family. He also started a power-washing business in 1980 that he ran for 20 years, while also working for Con Edison. Bill retired to Lewes, Delaware in 2004 and successfully convinced 3 of his wife’s sisters and their husbands to retire and join him and Maria in a beach community. During their retirement, Bill and Maria enjoyed traveling and entertaining. He also loved playing poker, reading, antique cars, and especially volunteering. His greatest joy was becoming a grandfather in 2017 and again in 2020. Bill was gregarious and well loved by those who knew him. He lived a full life with many adventures and the many people who adored him will miss his humor, warmth, positive energy, sense of fun, and kindness. In addition to his parents, Bill was preceded in death by his brother, Eddie; and his niece, Diana. He is survived by his beloved wife, Maria Zwirz; his children: Bill Zwirz, Jr. and Alisa Zonis (Daniel); his grandchildren: Lucy and Nate; his brother, Bobby Zwirz (Gina); his sisters-in-law: Emma, Joyce, and Evelyn; his brothers-in-law: Richie and Tommy; and his nine nephews and nieces. Services are private. In lieu of flowers, the family requests contributions in Bill’s memory to Boys Town, 14100 Crawford Street, Boys Town, NE 68010. Please sign the online guestbook located on the tribute page.

William Zwirz, Lived life to the fullest With a heavy heart, we announce the passing of William Zwirz, age 76 of Lewes, DE. He was born on August 21, 1944 in New York City, NY, son of the late Edward and Margaret (DeNota) Zwirz. Bill was... View Obituary & Service Information

The family of William E. Zwirz created this Life Tributes page to make it easy to share your memories.

Send flowers to the Zwirz family.