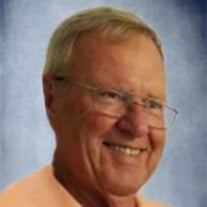 William Charles Ziegler, Sr., age 82 of Rehoboth Beach, DE, passed away on Monday, December 20, 2021, at Seasons Hospice Center & Palliative Care of Delaware, in Newark, with his significant other, Jane Graham, by his side. He was born on September 1, 1939, in Cleveland, OH, son of the late William and Margaret (Leide) Ziegler. Mr. Ziegler grew up in Saugerties, NY where he graduated from Saugerties High School, Class of 1957. In the late 1960's, he moved to Wilmington, DE, where he made a career with DuPont Company for 35 years, before retiring in 1998. After moving to Rehoboth Beach 11 years ago, Mr. Ziegler became extremely active in community service, driving for Meals on Wheels. He was known for his giving spirit and huge heart, winning State Volunteer of the Year, two years running. Mr. Ziegler was a diehard Cleveland Browns fan, but more than anything, loved his five granddaughters who were the apples of his eye. He was a loving father, grandfather, brother, and friend who will be missed by all who knew him. In addition to his parents, Mr. Ziegler was preceded in death by his sister, Margaret Chaffee. He is survived by his former wife, Carolyn S. Ziegler; his three children: William C. Ziegler, Jr. (Leigh Ann) of Hockessin, DE, Robert Ziegler (Andrea) of Wilmington, DE, and Jennifer Phelps (Daniel), of Rehoboth Beach, DE; his granddaughters: Allison Ziegler, Gabrielle Ziegler, Sidney Ziegler, Violet Phelps, and Gwendolyn Phelps; and his sisters: Jane Kiernan, Helen Paulsen, Amy Geyssens, and Elizabeth Brandt. A ceremony to celebrate his life is being planned for early in the Spring. In lieu of flowers, memorial contributions may be made in Mr. Ziegler's name to Meals on Wheels, Lewes-Rehoboth, 32409 Lewes Georgetown Hwy, Lewes, DE 19958. Please sign the virtual guestbook located on the tribute page.

William Charles Ziegler, Sr., age 82 of Rehoboth Beach, DE, passed away on Monday, December 20, 2021, at Seasons Hospice Center & Palliative Care of Delaware, in Newark, with his significant other, Jane Graham, by his side. He was born on September... View Obituary & Service Information

The family of William C. Ziegler, Sr. created this Life Tributes page to make it easy to share your memories.