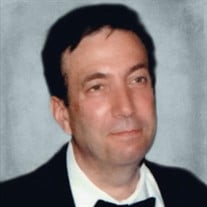 A live stream for the private family services for Mr. William L. Bettini may be viewed on Tuesday December 15, 2020 at 3 P.M. at the following electronic address. https://webcasts.lifetributes.com/1107050 Any floral tributes should be delivered by Tuesday 12/15/2020 by 11 AM. William Louis Bettini (Bill), age 76 of Lewes DE, passed away on December 11, 2020 at his home after a long illness. He was born in New York City, NY on October 26, 1944, son of the late Salvatore and Marion (De Lucia) Bettini. He was raised in Bronx, NY. In many ways, Bill epitomized the baby boomer American Dream; he met and dated his future wife, Sharon Ann (Webber) Bettini at 16, and married in 1965. They moved to the New York City suburbs of Carmel, NY to raise their family. In addition to Sharon, his beloved wife of 55 years, Bill is also survived by; his son, William Louis Bettini, Jr and his wife Gwen of Naples, FL; his son, Robert John Bettini and his wife Kathy of Wappinger, NY; his daughter, Elizabeth Ann Bettini, PhD and her wife Sara Witherow of Arlington, VA; his son, Michael John Bettini and his wife Jeanette Trosa of Wappingers Falls, NY; his grandchildren, Alexandra Bettini, Emily Bettini, Robert Bettini, Liam Bettini, Kiran Natarajan, Rose Bettini, Sonia Natarajan, and Hudson Bettini; his brother, Dr. Robert Bettini and his wife Nancy of Gainesville, VA; and his many nieces and nephews. Bill was a dedicated and loving husband and father. Bill was a devout Catholic who was active in his church, St. James the Apostle in Carmel, NY. He was also very involved, and had many friends, at the Knights of Columbus. Bill was a student of life and history. He was educated in Accounting and Mechanical Engineering. However, to his many friends and family, Bill had a reputation for being the person you came to for help and could seemingly accomplish anything he put his mind to. To many, Bill was a modern-day Renaissance Man, with a background and proficiency in mathematics, accounting, engineering, and construction. On top of all that, he was also a butcher. For most of his career, Bill was a Sheet Metal Worker and Mechanical Engineering Draftsman in Commercial HVAC, a member of Locals 28 and 38 Sheetmetal Workers Union of New York. Bill moved to Lewes, DE in 2009 and enjoyed the quiet Lewes/Rehoboth life with his wife. Sometimes travelling to the local casinos. In lieu of flowers, the family prefers donations to be made in Bill’s memory to St. Jude Children’s Research Hospital () Please sign his online guest book on the Tributes Page.

A live stream for the private family services for Mr. William L. Bettini may be viewed on Tuesday December 15, 2020 at 3 P.M. at the following electronic address. https://webcasts.lifetributes.com/1107050 Any floral tributes should be delivered... View Obituary & Service Information

The family of William L. Bettini "Bill" created this Life Tributes page to make it easy to share your memories.

A live stream for the private family services for Mr. William...