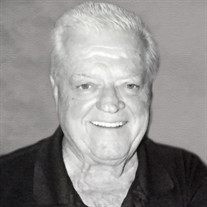 William F. Coppinger Jr., age 88 of Georgetown, DE, passed away peacefully on Friday, September 6, 2019 at Delaware Hospice Center in Milford. He was born in Baltimore City, MD, on June 10, 1931, the eldest son of the late William, Sr. and Margaret (Kerrigan) Coppinger. Bill was a proud US Navy Veteran. After his formal schooling, he enlisted and served for 4 years during the Korean War. Upon his discharge, Bill settled in Bay City, Michigan. The majority of his adult career was spent with General Motors, where he retired from his Quality Engineer position after 30 dedicated years. Following his retirements, Bill moved back to Maryland's Eastern Shore and worked with various companies there (including NASA) as a private contractor. He relocated to Delaware 20 years ago. Bill had many hobbies, including entertaining his family and friends playing his banjo, ukelele, or one of his many other musical instruments. He was also known for having a new joke every time he saw someone. Bill was a long standing member of the American Legion, the Veterans of Foreign Wars, and a life member of the Elks Lodge, and a longtime member of the Back Bay Strummers. In addition to his parents, Bill was preceded in death by his brother, Thomas J. Coppinger; and his sister, Patricia A. Coppinger. He is survived by his beloved wife of 47 years, Marlene "Marne" B. Coppinger; his children: Colleen J. Cofelice, Charles J. Coppinger (Kelly), Catherine J. Pence (W.T.), William T. Coppinger (Suzy), Eileen M. Sanner (Eric), James A. Kercher, and Thomas E. Kercher; his 16 grandchildren; his 18 great-grandchildren; and his 3 great-great-grandchildren; and many other dear family and friends. A celebration of Bill's life was held privately, as many of his children, grandchildren, and great-grandchildren traveled from afar to pay their respects. In lieu of flowers, the family suggests contributions in Bill's memory to the Parkinson's Foundation, 200 SE 1st Street, Suite 800, Miami, FL 33131, or to Delaware Hospice Center, 100 Patriots Way, Milford, DE 19963. Please sign the online guestbook located on the tribute page.

William F. Coppinger Jr., age 88 of Georgetown, DE, passed away peacefully on Friday, September 6, 2019 at Delaware Hospice Center in Milford. He was born in Baltimore City, MD, on June 10, 1931, the eldest son of the late William, Sr. and... View Obituary & Service Information

The family of William F. Coppinger created this Life Tributes page to make it easy to share your memories.

Send flowers to the Coppinger family.