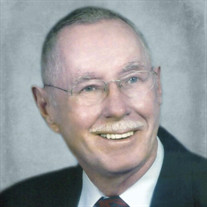 William Francis Bowler, age 89 of Rehoboth Beach, DE, passed away on Friday, April 10, 2020 at his home. He was born on August 16, 1930 in Philadelphia, PA, son of the late Daniel M. and Elizabeth (Kennivan) Bowler. Bill was a proud veteran, having honorably served in the US Navy during the Korean War, from 1950 through 1954, rising to the rank of Quarter Master-Signalman 2nd Class. He attend the Museum College of Art in Philadelphia and was employed as an illustrator for RCA and General Electric in Morristown, NJ, retiring to Rehoboth Beach after many dedicated years. Bill attended St. Jude the Apostle Roman Catholic Church and served as a Eucharistic Minister on weekdays and during Saturday evening Masses. He was active in the Knights of Columbus, Msgr. Francis Desmond Council, #13348, and was a charter member of that council, holding the position of Council Officer Trustee. Bill also served as Parish Council Officer, and Liason to the Finance Council of St. Jude. He was also a generous volunteer at Beebe Medical Center for seven years. Bill had a passion for the sea and enjoyed walking the beaches of Rehoboth, and Cape Henlopen State Park, Lewes. In the winter months, he painted seascapes and numerous portraits of family and friends. Above all, Bill cherished time spent with those he held most dear. He was a loving and devoted husband, father, grandfather, brother, and friend who will be deeply missed by all who knew him. Bill is survived by his beloved wife, Marie T. Bowler of Rehoboth Beach, DE; his sons: Daniel Bowler of Rehoboth Beach, DE and Bill Bowler (Diana) of Sewell, NJ; his daughter, Donna M. Pappagainis of Rehoboth Beach, DE; his granddaughters: Gianna (Drew) Darrow and Janae Bowler; his great granddaughter Josephine; his brothers: Harry Bowler and Rev. Joseph Bowler, OSFS; and his sisters: Sr. Ann Elizabeth, OSF and Betty Duke. Due to the ongoing COVID-19 pandemic, public services will be announced at a later date. In lieu of flowers, Mr. Bowler's final wishes were that memorial contributions be made to St. Jude the Apostle Church, 152 Tulip Dr #1689, Lewes, DE 19958. Please sign the online guestbook located on the tribute page.

William Francis Bowler, age 89 of Rehoboth Beach, DE, passed away on Friday, April 10, 2020 at his home. He was born on August 16, 1930 in Philadelphia, PA, son of the late Daniel M. and Elizabeth (Kennivan) Bowler. Bill was a proud veteran,... View Obituary & Service Information

The family of William Francis Bowler created this Life Tributes page to make it easy to share your memories.

Send flowers to the Bowler family.