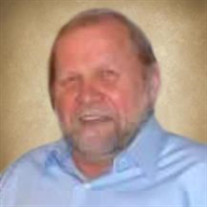 With his devoted family by his side, Larry W. Phelps, age 72, of Millsboro, Delaware, and formerly a long-time resident of Damascus/ Mt. Airy, MD passed away peacefully in his sleep as God opened the Gates of Heaven on March 24, 2022. He was a real soldier as he battled with cancer. Larry was born on July 5, 1949, in Olney, MD, the second child (of six children) of the late Willard E. Phelps and Sarah Jane Allnutt Phelps. He graduated from Damascus High School, class of 1967, where he excelled in track and was an ace trumpet player in the high school band and the Browningsville Band. Larry went on to proudly serve his country in the US Army during the Vietnam War. Larry was for many years a member of Montgomery United Methodist Church in Damascus, MD, and Life Member of the American Legion Post 191, Mt. Airy, MD. He worked for many years as a trim carpenter, diligently beside his friend, Jim Bullington, whom we all knew as Bossman. Larry enjoyed fishing, playing Texas Holdem and watching old westerns. He also loved marching music and Gospel Quartets. Larry will be remembered for his gentle laid back nature and sense of humor. The time spent with those he held most dear was what he most cherished. Loved by many, he will be deeply and genuinely missed by all who knew him. In addition to his parents, Larry was predeceased by his brother, Leroy Phelps, and his nephew, Kurt Kroeger. He is survived by his beloved daughters: Penny Hodge (Chandler) and Sandy Phelps of Manning, SC; his beloved grandchildren: Travis, Alyssa and Brandi; his sisters: Diane Gulden (Dan), Mabel Vansant, Mary Jane Gordon (JR); his brother, Jimmy Phelps (Vera); his special niece, Katie; his nephews and nieces. The family wishes to convey their heartfelt thanks for the care and compassion that Larry received from Seasons Hospice Care and Tunnel Cancer Center in Rehoboth Beach, DE. Plans for a Memorial Service in Mt. Airy, MD will be held in the very near future. In lieu of flowers, the family requests contributions in Larry's memory to Roots for Boots, PO Box 213, New Oxford, PA 17350. Donations may also be submitted in his name directly online at www.RootsforBoots.com. Please sign the virtual guestbook located on the tribute page.

With his devoted family by his side, Larry W. Phelps, age 72, of Millsboro, Delaware, and formerly a long-time resident of Damascus/ Mt. Airy, MD passed away peacefully in his sleep as God opened the Gates of Heaven on March 24, 2022. He was... View Obituary & Service Information

The family of Willard Larry Phelps created this Life Tributes page to make it easy to share your memories.

Send flowers to the Phelps family.