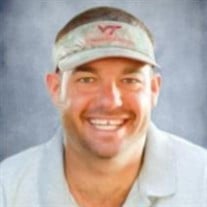 Walter “Burli” Hopkins Walter “Burli” Hopkins son of Walter C. Hopkins and Audrey Hopkins of Lewes, Delaware passed away on Wednesday, the 18th of 2020 at his home on the farm in Lewes at the age of 41. Burli was born on 14 October 1978 at Beebe Hospital in Lewes. He spent his entire life committed to the Hopkins’ family dairy farm and was an iconic member of the community. Growing up, Burli was an avid Lacrosse player at Cape Henlopen High School class of 1996. He was also a star football player, winning the Reds Spirit Award his senior year. Known for his exceptional athleticism and hard-hitting sportsman’s attitude Burli, was a Captain of the Cape Henlopen Lacrosse team and won All State honors his senior year. After graduating from Cape Henlopen, Burli began working with his father at Green Acres Dairy Farm, developing the operation to a modern, bilingual, and multi-generational dairy. In 2008, he opened his own business of making ice cream. Initially starting from a small corner building on the farm, Burli built the Hopkins Farm Creamery into a year-round Lewes and Rehoboth Beach must-do destination experience for locals and travelers. When Burli was not busy working hard on the farm or in the Hopkins Farm Creamery, he enjoyed reading, hunting, fishing, (sometimes simultaneously!) He loved to travel and spend time with his lifelong friends. Perhaps Burli’s favorite past time was coaching the next generation of Lacrosse champions. As one of his lifelong friends noted, “not everyone in this world is lucky enough to meet a “Burli”. He was 100% genuine, truly one of a kind, with no filter and a wicked laugh. Even though his time on earth was cut short, he had a lasting effect on everyone that was in his life.” To know Burli was to love Burli. When life would say it can't be done, Burli would say “hold my beer...” Burli is preceded in death by his mother, Audrey Gribble Hopkins and brother, William Andrew Hopkins. Burli is survived by his father, Walter C. Hopkins and stepmother Jenny Mason Hopkins, his four children, Michael, Jacob, Grace and Luke Hopkins, his two sisters, Amy and Ingrid Hopkins, and 2 step sisters Lindsay King Trimble (Brent) and Cassie King Rempfer (Zach.) Due to limitations set by our current global health crisis, a private service was held for Burli at Coolspring Presbyterian Church with only family in attendance. The Hopkins family will be planning a Celebration of Life in Burli’s honor later this summer. The family will ensure that all are notified with the detail of this event through our local newspaper and social media.

The family of Walter "Burli" C. Hopkins Jr. created this Life Tributes page to make it easy to share your memories.

Send flowers to the Hopkins family.