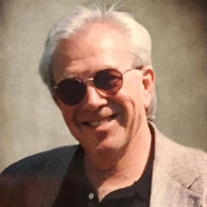 Florist Note- Please arrange to deliver floral tributes direct to the church on Saturday April 23, 2022. A call is suggested to make sure when the church will be open. Victor Theodore Letonoff, Soldier and Artist Colonel Victor Letonoff was born August 22, 1934, in Wilmington, DE. He was the son of Theodore and Elizabeth Letonoff. He passed away on April 17, 2022, in Lewes, DE. Colonel Letonoff is survived by his loving wife of 28 years, Lacy Shockley Letonoff. He is also survived by his son Victor II of Lewes, his wife Maribeth and his children, Gillian and Teddy, his son Eric of Biloxi, MI, his wife Amanda and their son, Jude, his son Lars of Tampa, FL, his wife Janice and their sons, Lucas and Jason, and his sister Ellen Letonoff Hollingsworth of Wilmington, DE. He is also survived by his brother-in-law and sister-in-law, Gilbert and Wythe Shockley of Richmond, VA and their children, Thomas and Anne Madison. Colonel Letonoff graduated from Avon Grove High School in West Grove, PA. He then served 3 years as a soldier in the 82nd Airborne Division where he earned his parachute wings. He graduated in 1960 from the United States Military Academy at West Point. He then served in Viet Nam where he was awarded two Silver Stars, a Bronze Star and The Distinguished Flying Cross. After that, he served as a battalion commander in Germany. His 35-year career in the Army also included tours teaching at the United States Military Academy at West Point and the Army War College in Carlisle Barracks, PA. After retiring from the Army, Colonel Letonoff attended the Pennsylvania Academy of the Fine Arts in Philadelphia where he graduated from the 4-year Certificate Program. He also studied at the Academy des Beaux Arts in Paris, France. Over the years, his work has been shown in many galleries including Troika Gallery in Easton, MD, Aerie Art in Rehoboth, DE, Peninsula Gallery in Lewes, DE and Carspecken Scott Gallery in Wilmington, DE. He has also exhibited his work at the Rehoboth Art League, The Pennsylvania Sketch Club, and the Museum of Modern Art at the Pennsylvania Academy of the Fine Arts. Colonel Letonoff enjoyed working in the Lewes community where he served on the City Council for 6 years. He also did volunteer work for Beebe Medical Foundation, the Greater Lewes Foundation, and various other civic groups. A memorial service will be held at the Lewes Presbyterian Church on Sunday, April 24 at 4 pm. Masks are suggested. Burial will be at the United States Military Academy at West Point at a later date. In lieu of flowers, please consider a donation to the Beebe Medical Foundation at 902 Savannah Road in Lewes or the Historic Lewes Farmers Market at PO Box 185, Nassau, DE 19969. Please sign the virtual guest book at this site.

Florist Note- Please arrange to deliver floral tributes direct to the church on Saturday April 23, 2022. A call is suggested to make sure when the church will be open. Victor Theodore Letonoff, Soldier and Artist Colonel Victor Letonoff was... View Obituary & Service Information

The family of Victor Theodore Letonoff created this Life Tributes page to make it easy to share your memories.

Send flowers to the Letonoff family.