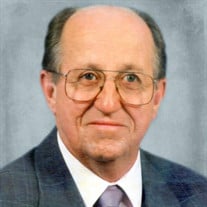 Thornton Lewis Lynam, Jr., age 88 of Rehoboth Beach, passed away peacefully on Friday January 15, 2021 at Brandywine Senior Living at Seaside Point, Rehoboth Beach, DE. Thorny was born September 4, 1932 in Dartmouth Massachusetts and spent his summers at the family’s vacation home in Rehoboth Beach. He graduated from Dartmouth High School in 1950 and following his father’s footsteps, pursued his higher education as a chemistry major, but soon discovered his passion to become an educator. He attained his bachelor’s degree from Ohio Wesleyan in 1955, where he pledged the Phi Kappa Tau fraternity. After graduation, he joined the Army and served the next two years in Army Intelligence. Following his time in the military he began his teaching career in Glen Burnie, Maryland. On June 27, 1959 he married Eleanor Bradley from Federalsburg, Maryland and began a new journey as a family man. With his passion to pursue further education, he attained his master’s degree in education at the University of Virginia in 1961 and moved his family to Newark, DE where he taught history and eventually transitioned over as a guidance counselor. In 1968 he became the Vice Principal at Georgetown High School and brought the James H. Groves High School for Adult Education to Sussex County. Helping adults who had strayed from their education became his passion. As principal he grew James H. Groves H.S. from a part-time program into a full-time school, adding vocational programs for all adults to participate in. He retired in 1988 after 36 years of service and was presented with the excellence in Education Administrative Award by the State of Delaware. Thorny and Elea were also owners of Maryland Gardens Apartments in Rehoboth Beach, as well as the Bell Buoy Motel in Dewey Beach. This brought them both pleasure as well as a plethora of dear friendships over the years. Soon after retirement they spent their winter months at their second home in Florida, where they could enjoy their love of golf year-round. Being the consummate sports fan, Thorny also joined a senior baseball league and became an avid Tampa Bay Lightning fan, attending all their home games. When he and his wife returned back to Delaware for the warmer months he could not sit still and took a parttime job with the City of Rehoboth Beach working in the Parking Meter Division. He could also be found in his spare time on the course of Kings Creek Country Club where they were founding members. Thorny was also a devoted member of Epworth Methodist Church. Thorny will always be remembered for his sense of humor, his generosity, integrity, and his ability to kindle friendship the moment you met him. He was preceded in death by his wife Eleanor Bradley Lynam in 2017, his parents Thornton and Emily Lynam and his son-in-law William C. Emory, Jr. He is survived by his daughters, Susan Morgan of Hudson, Florida and Jacqueline Emory of Greenwood, DE; three grandchildren, Krista King (Steven) of Milford, DE, Amy Emory of Hurlock, MD and Bradley Bitton (Shannon) of Eagle River, Alaska; and five great grandchildren. Private graveside services will be held at the Hillcrest Cemetery, Federalsburg, Maryland. Due to the Covid Pandemic and not being able to celebrate Thorny’s Life in a traditional funeral setting a pictorial tribute of memories has been created and is located on his webpage at www.parsellfuneralhomes.com. Memorial contributions are suggested to the Beebe Medical Foundation, 902 Savannah Road, Lewes, DE 19958. Thorny would be most appreciative knowing that contributions in his memory would help give back to the community he loved so much. Please sign the online guestbook located on the tribute page.

The family of Thornton Lewis Lynam created this Life Tributes page to make it easy to share your memories.

Send flowers to the Lynam family.