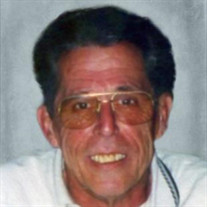 Thomas Lloyd Whittaker, age 79 of Milton, DE, passed away on Tuesday, March 16, 2021 at his home. He was born on April 22, 1941 in Yonkers, NY, son of the late Francis James and Eileen Murial (Connor) Whittaker. Thomas graduated from the American University in 1962. He was a proud veteran, having honorably served in the US Navy in the early 1960s. Thomas built a lifelong career as a businessman and owned a specialty market with a bakery, fresh produce, and 2 meat markets. In addition he owned a tool distributorship. He also owned two restaurants, and worked as an assistant manager at JR's in Ocean City.Thomas had a tireless work ethic and was always happy when finding and starting a new business. He was a great listener and remembered details about his friends and customers. Thomas was never without a twinkle in his eye, or a wise-crack on his lips. He had an amazing sense of humor, and his laugh was truly contagious. It was a joy to be around him. Thomas valued friendship, fun, and family. After retiring to Milton, he enjoyed golfing with his friends, socializing with dinner groups and going to the theater in Milton, Georgetown, and Rehoboth. Above all, Thomas cherished time spent with those he held most dear. He was a loving and devoted husband, father, brother, uncle, and friend who will be missed by all who knew him. Thomas is survived by his beloved wife, Roxane (Hamilton) Whittaker; his children: Laura Dukes (Michael) and Brian Whittaker; his sister, Margo Whittaker; his brother-in-law, Dale Hamilton; his nieces: Lori Whittaker and Sandra Finch; and his nephews: Mark Hamilton and Paul Hamilton. Services are private. In lieu of flowers, the family suggests donations in Thomas' memory to Delaware Hospice, 100 Patriots Way, Milford, DE 19963, or www.delawarehospice.org, or Bethel United Methodist Church, 129 W 4th St, Lewes, DE 19958. Please sign the virtual guestbook located on the tribute page.

Thomas Lloyd Whittaker, age 79 of Milton, DE, passed away on Tuesday, March 16, 2021 at his home. He was born on April 22, 1941 in Yonkers, NY, son of the late Francis James and Eileen Murial (Connor) Whittaker. Thomas graduated from the American... View Obituary & Service Information

The family of Thomas Lloyd Whittaker created this Life Tributes page to make it easy to share your memories.

Thomas Lloyd Whittaker, age 79 of Milton, DE, passed away on...

Send flowers to the Whittaker family.