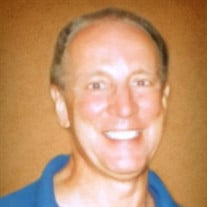 Thomas Richard Tibbetts, age 82 of Rehoboth Beach, DE, passed away on Saturday, January 18, 2020 of natural causes at Beebe Healthcare in Lewes, DE. He was born on February 21, 1937 in Marietta, OH, son of the late Karl A.and Freda V. (Pease) Tibbetts. Mr. Tibbetts graduated from Oberlin College in 1959 with a BA in Economics and performed graduate study in Statistics, Econometrics, Computer Science, and took management courses at various institutions. He began his government service as a Congressional staffer, served two years in the US Army as a Military Government-Civil Affairs specialist, then joined the Bureau of Labor Statistics (BLS). At BLS, Mr. Tibbetts managed and was a primary designer of the Producer Price Index Revision, and as Assistant Commissioner, he was the overall manager of the Producer Price Index from 1981 until his retirement at the end of 1995. He was a member of the first class of the SES. Following his retirement, he worked as a consultant to the International Monetary Fund for several years. Mr. Tibbetts was an accomplished pianist and organist, and in his retirement years played and sang at several area churches, most notably All Saints Episcopal Church in Rehoboth Beach, DE and St. George's Chapel. In addition to his parents, Mr. Tibbetts was preceded in death by his brother, James Tibbetts. He is survived by his longtime friend and caregiver, Robert C. Thompson, Jr. of Rehoboth Beach, DE and Miami Beach, FL. No services were held due to COVID-19 restrictions. Please sign the online guestbook located on the tribute page.

The family of Thomas R. Tibbetts created this Life Tributes page to make it easy to share your memories.

Send flowers to the Tibbetts family.