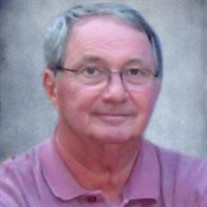 Thomas John Evans, 76, of Lewes DE, passed away peacefully in his home with his wife and children by his side on Tuesday, January 19, 2021. He was born on August 5, 1944 in Scranton, PA, son of the late Thomas and Charlotte (Morris) Evans. Tom was raised in Old Forge and attended Taylor High School. Always an athlete, he competed in various sports, but was a standout player in football. Tom attended Bloomsburg University where he met his wife, Linda and graduated with a BS degree in education. They married in 1967 and began their life together in the suburbs of Philadelphia. After the birth of their children, they settled in Phoenixville, PA where they raised their family. Though he loved teaching, after a few years, Tom changed jobs and began his career in the entertainment industry with General Cinema. Creating a stable home for his family was very important to him. When his office moved to New York City, Tom chose to commute 4 hours a day rather than move his family from the home they loved. When Brian and Courtney graduated from high school and moved on to college, he was transferred to Boston where he became Vice President of Distribution for the East Coast. When General Cinema was acquired by AMC, Tom was offered the opportunity to retire at the young age of 57. Linda joined him in retirement shortly after and in 2002, they moved back to PA where they could be close to their children and grandchildren. Though they loved being near their family, they knew Elverson was not their final home. They found the lifestyle, community, and friendships they were looking for in Lewes, DE where they have enjoyed the last 7 years together. Tom enjoyed creating opportunities to bring people, friends, and especially his family together. Whether it was a making a baseball field in the backyard for his kids, vacations with family and friends, playing cards, playing golf, cocktails on the deck, and especially cooking and entertaining with Linda. It was all about the time spent, the conversations, the sharing, the laughter, making connections, and making memories that were important to him. Tom’s life will be celebrated and his lessons remembered and carried on by all who knew and loved him. Tom is survived by his wife of 53 years, Linda Beattie Evans; his children: Brian Evans (Tracy) and Courtney Ventrella (Brian); his grandchildren: Katelyn, Hannah, and Jonathan Evans and Megan and Kira Ventrella; and his sister, Sandra Mulligan. Due to COVID-19 restrictions, there will be no services. In lieu of flowers, contributions to Delaware Hospice, 100 Patriots Way, Milford, DE 19963, or www.delawarehospice.org, would be greatly appreciated, as this organization has made this difficult time much easier for the family. Please sign the online guestbook located on the tribute page.

Thomas John Evans, 76, of Lewes DE, passed away peacefully in his home with his wife and children by his side on Tuesday, January 19, 2021. He was born on August 5, 1944 in Scranton, PA, son of the late Thomas and Charlotte (Morris) Evans. Tom... View Obituary & Service Information

The family of Thomas John Evans created this Life Tributes page to make it easy to share your memories.

Thomas John Evans, 76, of Lewes DE, passed away peacefully in...

Send flowers to the Evans family.