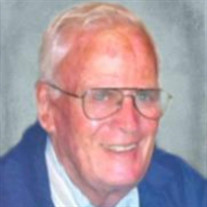 Theodore A. Barnett “Ted” age 89 of Lewes, Delaware. His life ended peacefully on December 3, 2020 with his wife Ruth by his side at Harbor Healthcare, where he received excellent care for the last year of his life. He was born on April 26, 1931 in NY, NY son of the late Julian L. Barnett and Phyllis M. Barnett. He was raised in W. Hartford CT where he and his identical twin, Kenneth C. Barnett (deceased) were often mistaken for one another and enjoyed peoples' reactions to their antics. Mr. Barnett attended Loomis Boarding School in Windsor CT, spending summers in Cuba with his family, and attending classes at the University of Havana. He also attended Trinity College in Hartford CT where he graduated in 1953 with an accounting degree. Following college, he joined the Army and was stationed at Fort Dix, NJ during which time he married his childhood sweetheart Carol Taylor. After his discharge, they moved to Wilmington DE and he took a job with the DuPont Company. Later on, he would work for a few other companies after leaving DuPont, spending the final 15 years of his career as an accountant for Delmarva Power and Light. He and Carol moved to North Wilmington where they raised 4 children and enjoyed a great life with a loving family and wonderful friends and neighbors in Webster Farm. They also enjoyed many parties and weekends with five other couples known as the Lewes “Badasses” Sadly, Carol died of lung cancer in 1989. Ted was lucky enough to find another love, Ruth M. Heisler, after she had lost her husband to cancer as well. They both retired and married in 1991 and moved to the Eastern Shore. Ted enjoyed his family, pets, boating, fishing, crabbing, manning the BBQ, cooking, golf, bowling, traveling with friends, bridge, poker, a good scotch, or whiskey and being the life of the party. They moved to North Carolina for 3 years, and finally settled in Lewes, DE to be closer to family. He attended St. Peter's Church and enjoyed all that the Delaware shore had to offer. He also enjoyed volunteering at Presbyterian Church of the Covenant (Wilm. DE), Civil War Round Table, Cub Scouts and Boy Scouts, Explorers, Junior Achievement, and the New Castle County Planning Board. During his time on the Eastern Shore, he was an active member of the Prospect Bay Yacht Club and served as Commodore. HIs family remembers him best as being a friend to all, his quick wit, silly antics and especially his mastery in the use of duct tape. He is survived by his wife, Ruth M. Barnett, sons, Andrew (Ellen) Barnett, Theodore A. Jr. (Alice) Barnett, daughters Julie (Michael) Lamborn, Mollie (Chas) Kerin, ten grandchildren: Ben Barnett (fiancée Kaitlyn), Justin (Meghan) Lamborn, Allie Barnett, Amelia (Bradley) Kennedy, Haley Lamborn, Mallory (Rob) Hill, Sam Barnett, TJ Barnett, Sidney Kerin (fiancé Logan), and Jodi Lamborn, as well as six great grandchildren, Gabriel, Eloise, Harrison, Autumn, Rhys, and Samuel. He is also survived by his 3 step children, Bob (Colleen) Heisler, Bruce (Phyllis) Heisler, and Janet Diamond, Step Grandchildren Michael (Kristen) Diamond, Ryan Heisler, Patrick Heisler, Kasie Chaplick, Amelia (John) Henderson, Meredith Hough, and 2 step great grandchildren Lucas and David A. Due to the Covid Pandemic a celebration of Ted’s life will be celebrated at a later date when all can attend. In lieu of flowers contributions are suggested to the ASPCA Chapter of your choice. Please sign the online guest book at this site.

Theodore A. Barnett &#8220;Ted&#8221; age 89 of Lewes, Delaware. His life ended peacefully on December 3, 2020 with his wife Ruth by his side at Harbor Healthcare, where he received excellent care for the last year of his life. He was born... View Obituary & Service Information

The family of Theodore A. Barnett "Ted" created this Life Tributes page to make it easy to share your memories.