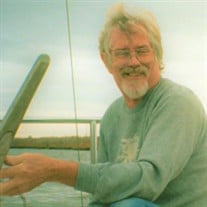 Mr. Terrance H. Turner, age 81, of Lewes, DE, peacefully passed away on Sunday, September 26, 2021. His best friend, mate, and wife of 40 years, Margee and his loyal dog, Celli were at his side. He was born in Baltimore, Maryland on June 20, 1940, son of the late Holiday L. and Grace (Hughes) Turner. Terry spent most of his childhood in Felton, DE, graduating from Felton High School in 1958 (there were 23 classmates in his graduating class). Immediately after graduation, at the age of 17 he enlisted in the Navy. At the time of his enlistment, the Navy had a program for young enlistees that allowed them to serve only three years; he called it the “kiddies' cruise” He was honorably discharged in 1961. He received his merchant marine credentials in 1962 and his love of the water and boats continued throughout his life. After returning home, he enrolled in night school at Dover High School to study drafting and graphic arts. In 1963, he began his career with the state of DE, first as a draftsman with the Highway Department and a year later with the State Planning Office as a cartographer. Office work did not agree with Terry so, in 1969 he took off his coat and tie and never looked back. Terry lived his life the way he wanted. As many young men in Lewes at the time, he held a variety of jobs from fishermen, boat mate, marine and land construction, while always maintaining his own business, Turner Signs and Graphics. At one time it seemed that Terry had painted the name and hail port on most of the boats in Anglers and Southside marinas, known for being able to lean over the stern of the boat and flawlessly paint upside down and backwards! He was the designated” shark teeth” painter for the Delaware River and Bay pilot boats for many years. Terry produced many billboards and commercial signs throughout southern DE. He was an accomplished architectural model maker, having made the models for the Monster Mile in Dover, DE, the 9400 condominium in Ocean City, MD, and the previous Lewes Library on Kings Highway. He also was an accomplished woodcarver specializing in one of a kind walking staffs and canes. Terry would talk to anyone and always had a good story to tell. No matter where he went, he always ran into someone he knew (or knew him). He loved his animals. You never knew what creature would be at the Turner household as he brought home many abandoned skunks, squirrels, and turtles. He always had a cat, dog or both that were his constant companions. In addition to his parents, Terry was preceded in death by his brother, Dr. Morris Turner. He is survived by his wife, Margee (Brenneman) Turner; his son, Matthew Turner; his sisters-in-law; and many nieces and nephews. Services will be private. A celebration of life will be held at a later date when all friends can gather and tell all the crazy stories about Terry. We wish to thank Tunnel Cancer Center for the wonderful care he received over the past 12 years. A special thanks to Delaware Hospice, especially his nurse assistant, Dayna, and his many caring nurses. In lieu of flowers, memorial contributions may be made in Terry's memory to may be made to the Tunnel Cancer Center, 18947 John J. Williams Hwy, Ste 10, Rehoboth Beach, DE 19971; Delaware Hospice, 100 Patriots Way, Milford, DE 19963; or a charity of your choice. Please sign the virtual guestbook located on the tribute page.

Mr. Terrance H. Turner, age 81, of Lewes, DE, peacefully passed away on Sunday, September 26, 2021. His best friend, mate, and wife of 40 years, Margee and his loyal dog, Celli were at his side. He was born in Baltimore, Maryland on June 20,... View Obituary & Service Information

The family of Terrance Hughes Turner created this Life Tributes page to make it easy to share your memories.

Send flowers to the Turner family.