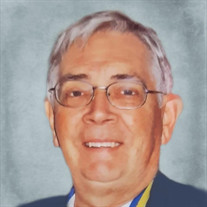 FLORIST NOTE: PLEASE DELIVER ALL FLOWERS BY 3PM SUNDAY, OCTOBER 11, 2020 TO OUR LEWES LOCATION. Thomas Wilkes Coleman, age 82 of Rehoboth Beach, DE, passed away on Thursday, September 24, 2020, at Delaware Hospice Center in Milford, DE. He was born on July 30, 1938 in Nashville, TN, son of the late Thomas W. and Minnie Coleman. Shortly following Wilkes' birth, the family moved to Summit, NJ, where he attended grade school and high school. Wilkes participated in band and marching band activities. He was active in the Boy Scouts, having acheived the rank of Eagle Scout. Wilkes attended the University of North Carolina at Chapel Hill from 1956 until his graduation in 1960 with a degree in Political Science. At UNC, he was on the Freshman swim team, a member of the marching band, and earned an athletic letter as head football team manager. Upon graduation, Wilkes began a career to span 41 years with the American Water Company System, serving in managerial positions in Pennsylvania, Illinois, and Ohio. He became a 50 year life-member of the American Water Works Association and a long-time member of the National Association of Water Companies. Wilkes was also Chairman of their Government Relations Committee for 3 years. Wilkes was a long-time member of various Rotary International Clubs during his career, having first become a member in 1962 and continuing until his death. He was President of the Rotary Club of Belleville, IL from 1974-1975. Wilkes became an avid golfer when he started playing at the age of 10. Later in life, he was a member of Kings Creek Country Club in Rehoboth Beach, DE. He and his first wife were well respected in American Cocker Spaniel shows. They bred and showed more than 20 dogs to championship. After Wilkes' retirement from the American Water Company, he became a marketing representative for URS, later known as AECOM. Wilkes was married for nearly 49 years to Anne Odell Torrey Coleman, who preceded him in death in 2008, following a battle with ALS. He is survived by his wife, Margaret R. Webb; his sons: Thomas W. Coleman III and Stephen T. Coleman; his daughter, Dana C. Hobson; his grandchildren: Tara Coleman Walker, Allison T. Coleman, Katherine E. Coleman, Stephen M. Coleman, John D. Hobson, and Margaret C. Hobson; his twin great-grandsons: Jacob and Logan Walker; and his step-daughters: Abby R. Webb and Amy W. West. NOTE: DUE TO INCLIMATE WEATHER on MONDAY, the final prayer service will take place on Monday, October 12, 2020 at 10:00 AM at Parsell Funeral Homes and Crematorium, Atkins-Lodge Chapel, 16961 Kings Highway, Lewes, DE 19958. Burial is Private In lieu of flowers, the family requests contributions in Wilkes' memory to Joan Dancy & PALS (People with ALS) Foundation, 1 Riverview Plaza, Red Bank, NJ 07701.

The family of T. Wilkes Coleman created this Life Tributes page to make it easy to share your memories.

Send flowers to the Coleman family.