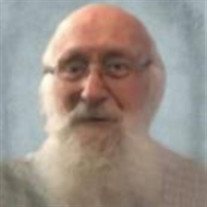 FLORIST NOTE: PLEASE HAVE ALL FLORAL ARRANGEMENTS DELIVERED BY 3 PM, FRIDAY SEPTEMBER 4, 2020 TO PARSELL FUNERAL HOMES, LEWES. Sudler Dill, age 92 of Lewes, DE, peacefully passed away on Tuesday, August 18, 2020, at his home surrounded by his family. He was born on July 18, 1928 in Newark, DE, son of the late Sudler F. and Antionet Dill. On July 11, 1968 Sudler married Maralynn A. Dill of Rehoboth Beach. They were wed in Salisbury, MD and were married for 42 years. Sudler began working as an iceman in Elkton, MD, then for a short time was a butcher at the Acme. He relocated to Rehoboth Beach, DE and worked as a carpenter for James A. Edwards Construction until 1991. In 1992, he began his seasonal job as a DART park and ride bus driver continuing his dedicated service until 2017. He was affectionately known as Santa Claus by many of his riders. Sudler was a life time member of the Rehoboth Beach Volunteer Fire Company. He was a past Chief, held all line positions throughout his career, and served over 50 years as an active member. He was an avid hunter and a life time member of the NRA. Sudler, along with his oldest son, was a member of the AFWREO hunting club in Mifflinburg, PA, where they spent 2 weeks every year hunting white tail deer. He enjoyed reading, solving crossword puzzles, and bird watching. In addition to these hobbies, Sudler loved watching sports, especially baseball. He celebrated his 90th birthday at an Orioles home game. Drag racing was a family pastime shared with his youngest son and grandson. He was always up for an ice cream social with family. Above all, Sudler cherished time spent with those he held most dear. He was a loving and devoted father, grandfather, great-grandfather, and friend who will deeply missed by all who knew him. In addition to his parents, Sudler was preceded in death by his beloved wife, Maryalynn A. Dill; and his daughter, Mary P. Dill. He is survived by his sons: Sudler Dill, Jr. of Elkton, MD and John Dill (Diana) of Ellendale, DE; and his daughters: Pam Musser of Newark, DE, Beth Kessler (Earl) of Jefferson, ME, and Paula L. Dill of Lewes, DE; his grandchildren: Earl S. Kessler, Jr, Jarrett D. Kessler, Dale E. Kessler II, Corinne A. Kessler, Jordan Dill, Chase S. Evans, Derek Dill, Austin Dill, and Lindsey Dill; and his great-grandchildren: Grace A. Morris and Riley A. Kessler. A funeral service will be held on Saturday, September 5, 2020 at 11:00 AM, at Rehoboth Beach Volunteer Fire Company, 219 Rehoboth Avenue, Rehoboth Beach, DE, where friends may visit beginning at 10:00 AM. Interment will be private. In lieu of flowers the family requests donations in Sudler’s memory to the Rehoboth beach Volunteer Fire Company, 219 Rehoboth Avenue, Rehoboth Beach, DE 19971. Please sign the online guestbook located on the tribute page.

The family of Sudler Dill created this Life Tributes page to make it easy to share your memories.

Send flowers to the Dill family.