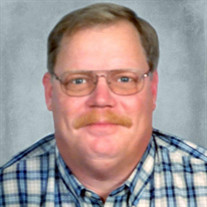 FLORIST NOTE: PLEASE DELIVER ALL ARRANGEMENTS BY 3PM SUNDAY, JUNE 14, 2020 TO OUR GEORGETOWN LOCATION. Sandy Watson Ward, age 65, of Georgetown, DE, passed away on Tuesday, June 9, 2020 at his home. He was born in Mooresville, NC, on March 9, 1955, son of the late Conrad and Margaret (Caldwell) Ward. The world was forever changed the day Sandy and his twin brother Randy came into the world together. After moving to Delaware in 1966 and graduating from Cape in 1973, he joined the army in 1975. A proud veteran until the day he passed, he never passed up an opportunity to fly his flag. After being honorably discharged in 1981, Sandy began working at the former Barcroft plant, now SPI Pharma in Lewes, retiring in 2016. Up until his passing, Sandy was employed part-time by Federated Auto Parts. Although only there a short time, he left an indelible mark with his work ethic and ability to connect to everyone he met. He filled his time cutting his grass, golfing, and reconnecting with old and new friends. Sandy was a very honest man who wore his emotions on his sleeve. There was no hiding how he felt about you. A loving and caring family man until the end, his grandson was his number one priority. The hole Sandy leaves in this world will be felt by many for a very long time. He was a loving and devoted husband, father, grandfather, brother, and friend who was loved by many and will be deeply missed by all who knew him. Sandy is survived by his wife of 40 years, Sharon (Macey) Ward of Georgetown, DE; his son, Will Ward (Heather Loesch) of Millsboro, DE; his beloved grandson, Owen Loesch-Ward of Millsboro, DE; his brothers: Charles Ward of Concord, NC and Jimmy Ward of Salisbury, MD; and countless friends and extended family members. A funeral service will be held on Monday, June 15, 2020 at 11:00 AM at Parsell Funeral Homes and Crematorium, Dodd-Carey Chapel, 307 North Bedford Street, Georgetown, DE, where friends may call beginning at 10:00 AM. Interment with military honors will follow the services at Union Cemetery, Adams and Race Streets, Georgetown, DE. Please sign the online guestbook located on the tribute page.

FLORIST NOTE: PLEASE DELIVER ALL ARRANGEMENTS BY 3PM SUNDAY, JUNE 14, 2020 TO OUR GEORGETOWN LOCATION. Sandy Watson Ward, age 65, of Georgetown, DE, passed away on Tuesday, June 9, 2020 at his home. He was born in Mooresville, NC, on March... View Obituary & Service Information

The family of Sandy Watson Ward created this Life Tributes page to make it easy to share your memories.

Send flowers to the Ward family.