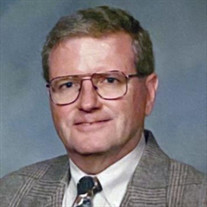 Ronald Alfred Allen, 80, of Rehoboth Beach passed peacefully at home on February 2, 2021, surrounded by family. Ron was born on April 8, 1940 in Ellicott City, MD to Alfred and Anne (Sloan) Allen. Ron graduated from the University of Baltimore with his Bachelor’s in accounting in 1967. He was the first person in his family to earn a college degree. Ron was especially proud that he had put himself through college by working full-time at various locations of Flag Brothers Shoe Stores, and by lending his musical talent to the rollicking horn section of a "Rock ‘n' Roll" band, The Rhythm Rockers. Ron served in the Maryland National Guard, and the US Army Reserves. During his National Guard service, the Jessup (Maryland) Correctional Institution experienced a prison break, and Ron’s unit was called out to aid in apprehending escaped inmates. Throughout his life, Ron’s eyes would twinkle with laughter, as he entertained many with how he single-handedly nabbed one of the prisoners. In the summer of 1961, on the Ocean City boardwalk, Ron met the love of his life, Susan Goodwin. They married August 21, 1965 and had “many wonderful adventures.” Together, Ron and Sue built a home in Newark so unique that it was featured in September 1983 issue of Delaware Today. Of particular delight for Ron was that he designed the home with an actual moat. The couple traveled extensively, hosted neighborhood hog roasts, enjoyed camping in Henlopen State Park, played innumerable rounds of golf, and trained dogs for obedience shows, earning 13 points toward Champion status with their Irish Setter, Kelly. In 1994, Ron and Sue became members of Kings Creek Country Club in Rehoboth, where Sue is still a member today. Throughout his career, Ron worked in non-profit and organizational management. His stops included a time as the Director of Finance and Administration for the International Reading Association in Newark, Executive Director of the Association of School Business Officials in Reston, VA, and as Vice President of the American Advertising Federation in Alexandria, VA. After retiring to Rehoboth, Ron administrated the Rehoboth Bay Sailing Association. In addition to enjoying his work and golf, Ron was an avid sports fan. On any autumn weekend, Ron could be found cheering Baltimore Colts, and later the Baltimore Ravens, and his beloved UD Blue Hens. With his wife Sue, Ron was a UD Football season-ticket holder for decades, and Ron was a masterful tailgater - arriving on game day early and staying late. Ron loved a good party. He was also an extraordinary gardener, and he took great pride in both the uniformity of his emerald-green, carpet - like lawns, as well as the kaleidoscope of colorful flowers he planted to enhance his homes. Preceding him in death were his parents, and his sister, Frankie Allen Pardoe. He will be missed by his wife of 55 years, Susan Goodwin Allen of Rehoboth Beach; his two children: Warren Scott (Angela “CK”) Allen of Oakton, Virginia, and Kari Allen (John “JD”) Dixon of Vienna, Virginia; grandchildren: Kayla Dixon, Derek Dixon, Maclaren Johnson, Yeardley Allen, and Campbell Allen; sisters: Charlotte McEwen of Kent Narrows, Maryland, and Deborah Ehrhardt of Merritt Island, Florida; brothers in law: Peter Goodwin of Bath, Maine, and Tom Pardoe of Woodbine, Maryland; and numerous cousins, nieces, and nephews. Everyone who knew him will remember Ron’s tireless work ethic, enthusiastic love for fun, infectious laugh, and glittering blue eyes. Services will be private. In lieu of flowers, gifts may be directed to the University of Delaware Athletic Fund at 302-831-2104 or 83 E. Main Street, 3rd Floor, Newark, DE 19716. Please sign the online guestbook located on the tribute page.

The family of Ronald Alfred Allen created this Life Tributes page to make it easy to share your memories.

Send flowers to the Allen family.