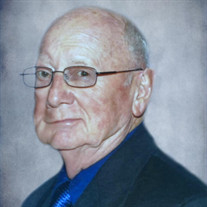 Dr. Robert Michael McGuire of Milton, DE passed away at home on September 15, 2021. He was born in Truxton, NY, son of the late Francis and Katherine (O'Brien) McGuire. Dr. McGuire earned his B.S and M.Ed. degrees from Cornell University and his Doctorate in Education from Penn State University. He proudly served in the United States Army from 1953 to 1955. Dr. McGuire had a full and extensive career, serving as an Animal Science Professor at SUNY Cobleskill from 1960-1995. He held the title of SUNY Faculty Senator for Cobleskill, was the national president of the North American Colleges and Teachers of Agriculture, and the NYS Beef Cattlemen's Association. Dr. McGuire received the NACTA Distinguished Educator Award and the SUNY Chancellor's Award for Excellence in Teaching. He also held the title of President of the NYS Association of Agriculture Fairs. Dr. McGuire dedicated many years of service as a Director of the Cobleskill Sunshine Fair and was a longtime member of Cobleskill Exchange Club. In his spare time, you could often find Dr. McGuire reading and researching WWII history. He also loved to travel, especially to the mid-west and abroad. In addition to his parents, Dr. McGuire is preceded in death by his beloved brother and sister James McGuire and Alice Denison; his niece Maureen Denison; and his father-in-law Richard Conklin. He is survived by his loving wife of 19 years, Jacqueline Conklin of Milton, Delaware; his mother-in-law, Susie Conklin of Cooperstown, NY; his sisters-in law: Jan Conklin (Ritchie Coster) of New York, NY and Leanne Summers (Don Bogle) of Sherman Oaks CA; his brother-in-law, Mark Conklin (Darci) of Lawton, OK; his step sons: Victor Jones (Alicia Lasher) of Cooperstown NY, Brent Jones (Melissa) of Cobleskill, NY, and Shane Jones (Heather Voerg) Cobleskill, NY; his nephew Michael Denison (Barb) of McAllen, TX ; his niece Kathy Albro (Rich) of Cuyler, NY; as well as several step-grandchildren and great nieces and nephews. Dr. McGuire was fortunate to have two very special groups of coffee friends both in Cobleskill, NY and most recently of Milton, DE. His family is most appreciative of their friendships through the years. Services will be held privately. Please sign the virtual guestbook located on the tribute page.

Dr. Robert Michael McGuire of Milton, DE passed away at home on September 15, 2021. He was born in Truxton, NY, son of the late Francis and Katherine (O'Brien) McGuire. Dr. McGuire earned his B.S and M.Ed. degrees from Cornell University... View Obituary & Service Information

The family of Robert Michael McGuire created this Life Tributes page to make it easy to share your memories.

Send flowers to the McGuire family.