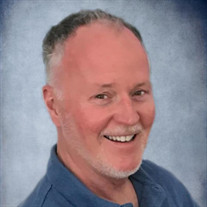 Robert Patrick Hughes, 64, a Rehoboth Beach resident who enjoyed the company of a wide circle of friends and had been a pharmaceuticals executive, passed away on Friday, November 26, 2021, at his Canal Pointe home. Born in Brooklyn, New York, he was the son of the late Robert Patrick and Anna Mary Kiernan Hughes. Mr. Hughes attended St. Jerome’s School in Brooklyn and was a 1975 graduate of Richard Montgomery High School in Rockville, Maryland. He joined the staff of Flow Laboratories in Rockville and was director of pharmaceutical services division at McKesson, also in Rockville. Mr. Hughes was most recently project manager at Human Genome Sciences. In 1978 he met his future husband, Edward J. Kelly, a Baltimore resident, and manager for the old Hutzler’s department stores. They lived for many years in Baltimore’s Federal Hill. In the early 1990s, after years of spending the summers at Rehoboth Beach, they selected a lot during the initial construction period at Salt Pond in Bethany Beach. Mr. Hughes, an enthusiastic gardener, filled the grounds of the home they built with daylilies, daisies, and shrubs. He often toured Sussex County greenhouses and nurseries to select his plants. They moved to Canal Point in 2007. Mr. Hughes attended the Rehoboth Art League’s annual summer exhibition and was a patron of Delaware artists. He and his husband entertained a wide circle of friends. They delighted in hosting an annual summer party and staged elaborate brunches and other meals. Mr. Hughes was a thorough cleaner and ruled his kitchen in matters of its cleanliness. Friends recalled his sentimental side and his affection for the song, “Listen to My Heart.” Pamala Stanley played the song in his memory earlier this week. They were also stalwarts of Rehoboth’s gay community and socialized at area restaurants and bars. Friends recalled his polite, reserved, self-effacing manner as well as his loyalty, happy spirit, and pleasant demeanor. Mr. Hughes was a member of St. Edmond’s Roman Catholic Church. In addition to his parents, Mr. Hughes was predeceased by his partner, Edward J. Kelly in 2016. He is survived by his sister, Elizabeth “Liz” Hughes Legrand (Ronnie) of Frederick, MD; his brother, James Francis Hughes (Beth) of Martinsburg, W. VA.; his nephews: Timmy Meehan and Nathaniel Hughes; his nieces: Katie Cummings (Floyd) and Amy Hughes; his sisters-in-law: Ellen Cora Kelly, Mary Stewart “Mimi” Kelly, and Josephine Kelly; and his brother-in-law, Jacques Kelly. A Mass of Christian Burial will be held on Saturday, December 4, 2021, at 12:00 PM, at St. Edmond's Catholic Church, 409 King Charles Avenue, Rehoboth Beach, DE 19971. Final care for Mr. Hughes has been entrusted to Parsell Funeral Homes and Crematorium, Atkins-Lodge Chapel, Lewes, DE. Please sign the virtual guestbook located on the tribute page.

Robert Patrick Hughes, 64, a Rehoboth Beach resident who enjoyed the company of a wide circle of friends and had been a pharmaceuticals executive, passed away on Friday, November 26, 2021, at his Canal Pointe home. Born in Brooklyn, New York,... View Obituary & Service Information

The family of Robert Patrick Hughes created this Life Tributes page to make it easy to share your memories.

Send flowers to the Hughes family.