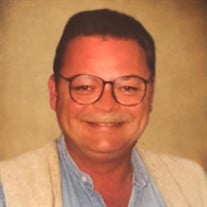 Robert C. Carr, age 64, of Millsboro, DE, passed away after a long illness on Thursday, September 9, 2021, at Atlantic General Hospital in Berlin, MD. He was born on February 19,1957, in Valparaiso, IN, son of the late Robert D. and Mildred Carr. Mr. Carr was a graduate of Purdue University with a BS in electrical engineering. He built a lifelong career in engineering, starting his own company in Indiana called ECT. He then worked for GTECH as an engineer for 15 years and Raytheon for the past 9 years where he was involved in the development of our national defense systems. Mr. Carr was a member of Christ the King Catholic Parish for 20 years in South Kingston, RI. He loved fishing and motorcycles, especially rides with his wife and friends on Kancamagus Highway in New Hampshire. Mr. Carr also loved football, his favored teams being Purdue Boilermakers and the New England Patriots. He enjoyed traveling in their Airstream and cooking, prime rib, and Yorkshire pudding each Christmas being among his specialties. Above all, Mr. Carr enjoyed spending time with those he held most dear. He was a loving and devoted husband, father, grandfather, and friend and will be deeply missed by all who knew him. Mr. Carr is survived by his beloved partner and wife of 22 years, Margaret (Wilson) Carr; his daughters: Katherine Jennifer Carr of Anamosa, IA, Christine Ann Petro (David) of Kansas City, KS, Anna Marie Gerths (Matthew) of Inver Grove Heights, MN; his stepdaughter, Alexis (Wilson) Schreiber (Erik) of Ocean View, DE; his grandchildren: Henry and Levi Gerths; his step grandchildren: Richard, Charles and Emily Schreiber; his sister, Debra Perzo of LaPorte, IN; his stepmother, Janice (Ray) Carr; and his beloved dogs: Zoe, Cooper, Bailey; and cat, Mac. A Funeral Mass will be held on Friday, October 1, 2021, at 11:00 AM, at Christ the King Church in Kingston, RI, followed by a reception. In lieu of flowers, donations can be made in Mr. Carr's memory to the American Lung Association, www.action.lung.org. Please sign the virtual guestbook located on the tribute page.

Robert C. Carr, age 64, of Millsboro, DE, passed away after a long illness on Thursday, September 9, 2021, at Atlantic General Hospital in Berlin, MD. He was born on February 19,1957, in Valparaiso, IN, son of the late Robert D. and Mildred... View Obituary & Service Information

The family of Robert C. Carr created this Life Tributes page to make it easy to share your memories.

Send flowers to the Carr family.