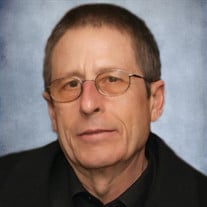 Richard L. Temple, age 73 of Milton, DE, passed away on Monday, January 6, 2020, at Bayhealth Center, in Milford, DE. He was born on December 24, 1946 in Vineland, NJ, son of the late Ralph Temple and Paula (Richards) Gruccio. Mr. Temple proudly served in the Navy from 1966-1969 an aircraft mechanic. Mr. Temple was the owner of Precision Auto Parts in Whippany, NJ for 30 years. He also worked as a manager for Lowe's before retiring to Delaware in 2013. He was also an EMT on the Randolph Rescue Squad. Mr. Temple enjoyed carpentry, building and fixing things, hunting, classic cars and spending time with his family. In addition to his parents, Mr. Temple was preceded in death by his step-father, Emil Gruccio and step-mother, Betty Temple: He is survived by his beloved wife, Kathleen J. (Lanza) Temple of Delaware; his son, Richard Temple and his daughter, Kelley Temple both of New Jersey; his sisters: Cheryl Schauble, Aimee Quinn, and Lauren Temple of New Jersey; his grand-children: Richie Temple, Nickie Temple, and Mikey Temple also of New Jersey; and his cherished family dogs: Penney and Abby. A Celebration of His Life will be held at East Freehold Firehouse located at 191 Dutch Lane Road, Freehold, NJ on January 25, 2020 from 3:00 PM - 6:00 PM. Please sign Mr. Temple's online guestbook located on this site.

The family of Richard Temple created this Life Tributes page to make it easy to share your memories.

Send flowers to the Temple family.