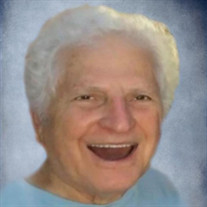 Richard John Selleh, "Dick", age 81 of Millsboro, DE, passed away on Friday, April 17, 2020, at his home. He was born on August 11, 1938 in Elgin, TX, son of the late Richard John Jr. and Antonette (Kronenburger) Selleh. Mr. Selleh was a proud US Navy Veteran, having honorably served from 1955-1965. He was the owner and President of Supreme Cleaners for 35 years, until his retirement in 2003. Mr. Selleh was an avid Washington sports fan, faithfully rooting for his favorite teams, the Capitals, Redskins, and Nationals, every season. He was also a Wolfe Pack hockey fan and a "not so high stakes" poker player. Mr. Selleh enjoyed gardening "with a green thumb," as well. Mr. Selleh was a Past Master (1976) of the Montgomery Cornerstone Masonic Lodge, President of the Metropolitan Drycleaners Association, a member of the Mid-Atlantic Cleaners and Launderers Association, American Legion, President of the Urbanites, member of the Suitland Citizens Association, and a board member of the Long Neck Shores HOA. Above all, Mr. Selleh cherished time spent with those he held most dear. He was a loving and devoted husband, father, grandfather, brother, and friend who will be deeply missed by all who knew him. In addition to his parents, Mr. Selleh was preceded in death by his in-laws: Max and Anne Winter; his sister, Gloria (Selleh) Farek; and his brothers-in-law: Michael Winter and Daniel Fink. He is survived by his beloved wife of 54 years, Marie (Winter) Selleh of Millsboro, DE; his son, Larry Selleh (Michelle) of MD; his daughter, Lisa Bryant (Steven) of VA; his grandchildren, Sloan Selleh of MD and Peyton Selleh of SC; and his sisters: Therese Brocious of CA and Margarette Bassage of MI. Due to the ongoing COVID-19 pandemic, services will be private. In lieu of flowers, the family suggests contributions in Mr. Selleh's memory to the American Heart Association, 200 Continental Drive, Suite 101, Newark, DE 19713, or Delaware Hospice, 100 Patriots Way, Milford, DE 19963. Please sign the online guestbook located on the tribute page.

The family of Richard John Selleh created this Life Tributes page to make it easy to share your memories.

Send flowers to the Selleh family.