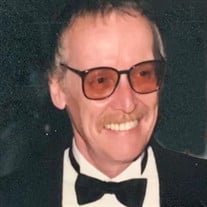 Richard (Rick) Owen McNamara, age 81, of Lansdowne, PA passed away on Sunday, December 26, 2021, at Beebe Healthcare, in Lewes, DE. He was born on May 7, 1940 in Pottsville, PA, son of the late John and Verna (Sims) McNamara. In addition to his parents, he was preceded in death by his sisters and brothers in law: Jean and Frank Baldino and Diane and J.W. Lloyd; and his partner of over 35 years, Marie Ritchie. He is survived by his ex-wife, Barbara Dunn and his two daughters: Karen McNamara and partner, Rebecca Della-Rodolfa and Lori Gallagher and her husband, Brian; his two grandchildren: Megan and Ryan; and his twin brother, Robert McNamara and his wife, Rose and his many nieces and nephews. A graduate of Drexel University, Rick made his career as a mechanical engineer, working for various companies throughout his lifetime including PECO, General Electric, and Martin Marietta. His work included quality control on the production of space shuttle parts and had a hand in designing the thermal protection tiles. He lived most of his life in Delaware County and enjoyed spending time with his many close friends and family. He was a diehard Phillies fan, enjoyed golfing, loved music, a good time and always liked to dance. He was a terrific piano player and even in his later years, after suffering a major stroke at the age of 58 he was known to dance with the ladies at the day programs he attended and would play piano with one hand at family gatherings. In 2010, following the death of his partner (Marie Ritchie), his daughter Karen (and Becky) took him to live in their home in Rehoboth Beach where he was active at the Cheer Center in Lewes. He enjoyed frequenting the Elks Lodge and AMVETS with his brother, Bob who he loved spending his time with in their regular visits. Being the older twin, he shared a remarkable lifelong bond with his “little brother” Bob. Although paralyzed on one side and his speech severely impacted by his stroke, Rick had remarkable resilience and strength. He maintained a great degree of independence for himself and maintained a positive and even playful attitude over the years. He was well known to his peers wherever he went and especially to the staff and residents at Harbor Healthcare where he resided the last 4 years. He was especially known for his strong handshakes and the reason why the ladies and staff called him the “Bone Crusher.” He loved regular visits with his best girl, Gracie. A well-behaved and loving Boxer, his dog was a favorite with the residents and he was always proud to show her off during their visits. Memorial Services will be held on Sunday, January 9, from 1:00 PM to 4:00 PM at Barnaby’s Restaurant located at 1901 Old West Chester Pike, Havertown PA. In lieu of flowers, memorial contributions may be made in Mr. McNamara's name to the American Heart Association at www. heart.org . Please visit Richard’s Life Memorial Webpage and sign his online guestbook at www.parsellfuneralhomes.com.

Richard (Rick) Owen McNamara, age 81, of Lansdowne, PA passed away on Sunday, December 26, 2021, at Beebe Healthcare, in Lewes, DE. He was born on May 7, 1940 in Pottsville, PA, son of the late John and Verna (Sims) McNamara. In addition... View Obituary & Service Information

The family of Richard Owen McNamara created this Life Tributes page to make it easy to share your memories.

Send flowers to the McNamara family.