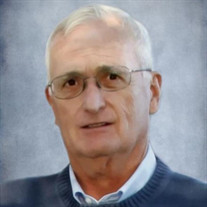 Richard A. Kirschner Sr., age 79 of Lewes, DE, passed away surrounded by his family, on Tuesday, November 23, 2021, at his home after a lengthy battle with prostate cancer. He was born on April 21, 1942, in Hazelton, PA, son of the late Charles F. and Esther (Howey) Kirschner. Richard attended Wilmington High School, Class of 1960, earned an Associate’s degree from Goldey-Beacom College in 1962, and a Bachelor’s Degree from Wilmington University in 1975. He also served in the Delaware National Guard as First-Class Airman from 1963-1969. Richard worked for DuPont Company as a financial analyst from 1960-1992, prior to serving as Executive Director of Sunday Breakfast Mission from 1993-2001. There he created the implementation of the Gateway House in Wilmington, a 52-bed housing facility that assisted the homeless in integrating back into mainstream society. Following a brief retirement, Richard then went on to oversee finances as CFO of Sussex Conservation District from 2003-2016. Richard was an active member of all the communities in which he lived. He officiated football and basketball at the high school level, coached Little League in New Castle County and Lewes, and was score-keeper for University of Delaware basketball games. Richard enjoyed volunteering his time with the Lewes Planning Council, Pilottown Village HOA, and playing Santa for the Beebe Medical Foundation & Children’s Beach House. Above all, he cherished being with his wife of 58 years, enjoying their time at the beach, fishing trips, family cruises, and spending time with his grandchildren. Richard was a loving and devoted husband, father, grandfather, brother, uncle, and friend. He was loved by many and will be deeply missed by all who knew him. The family would like to express their heartfelt gratitude to all those who have been with Richard through his battle: the staff at Season’s Hospice, and Griswold Home Care, especially Vashti Jones. Richard is survived by his beloved wife, Terri Logan Kirschner of Lewes, DE; his sons: Richard A. Kirschner, Jr. (Cindy) of Beaumont, TX and Wesley C. Kirschner (Betsy) of Lewes, DE; his grandchildren, of whom he was so proud: Evan (Maddie), Ryan (Cara), Caroline, and Owen, all of TX, and Wesley, Jayson, and Terri, all of Lewes, DE; his sister, Susan Kirschner Welsh (John) of Newark, DE; and his nephews: Brian (Amie) and Scott, both of Newark. A celebration of life will be held on Saturday, December 18, 2021, at 11:00 AM, at Parsell Funeral Home and Crematorium, Atkins-Lodge Chapel, 16961 Kings Highway, Lewes, DE, where friends may visit beginning at 10:00 AM. Interment will be private. All are invited to attend the services via live stream by visiting https://webcasts.lifetributes.com/1177303 Due to the ongoing Covid-19 pandemic, masks and social distancing are required by all persons attending, or participating, in any aspect of the services. In lieu of flowers, the family requests contributions in Richard’s memory to Seasons Hospice, 220 Continental Drive, Suite 407, Newark, DE 19713. Please sign the virtual guestbook located on the tribute page.

Richard A. Kirschner Sr., age 79 of Lewes, DE, passed away surrounded by his family, on Tuesday, November 23, 2021, at his home after a lengthy battle with prostate cancer. He was born on April 21, 1942, in Hazelton, PA, son of the late Charles... View Obituary & Service Information

Send flowers to the Kirschner family.