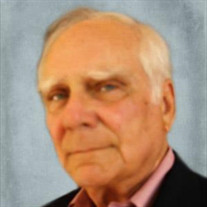 Richard H. Jundt, age 80 of Lewes, DE, passed away on Friday, April 3, 2020, at his home. He was born on April 8, 1939 in New York, NY, son of the late Charles II and Sada (Aulenbach) Jundt. Richard built a career in sales and marketing, working for corporations such as Lehn & Fink and Warner Lambert, as well as BBD&O and Young & Rubicam advertising agencies. He retired as president of Glyphix Advertising after 24 dedicated years operating his own agency. Richard enjoyed playing the guitar since he was a teenager and as an avocation, he played in a rock band called the Long Island Sounds. He was an avid woodworker. For his own enjoyment, and hopefully for the pleasure of good friends and family, he did wood refinishing in addition to creating pieces for children including replica trucks, hobby horses, wagons, and cradles built from a variety of woods. Richard was a late bloomer but enthusiastic golfer, having played the game year-round mostly at The Rookery. He also was a student of the game of bridge and played whenever there was an opportunity in both men’s as well as couple’s bridge groups. Working with youth in a leadership role at his church parishes was a passion, starting as the Youth Group Coordinator where he grew up on Long Island. He then served as Acolyte Director in Upper Montclair, NJ, and most recently for many years at St. Peter’s Church in Lewes. As such, he touched the lives of many of the youth in the congregations where he was a parishioner. Richard also served on Lewes' Commercial Architectural Review Committee and subsequently the residential Architectural Review Committee for the Breakwater community. A member of the Lewes-Rehoboth Rotary, he proudly co-chaired the initial Flags for Heroes project. While active in the club, each year Richard led the membership in sponsorships of individual flags. Above all, Richard cherished time with those he held dear. He will be genuinely missed by all who had the opportunity to know him. Richard is survived by his wife of 51 years, Tina (Shinnen) Jundt of Lewes, DE; and his brother, Charles H. Jundt of Williamsburg, VA and his family; and Tina’s brother, Mark W. Hofmaier of Manhattan, NY and his family. Due to current events regarding the COVID-19 pandemic, a memorial service for Richard will be announced at a later date. Please sign the online guestbook located on the tribute page.

Richard H. Jundt, age 80 of Lewes, DE, passed away on Friday, April 3, 2020, at his home. He was born on April 8, 1939 in New York, NY, son of the late Charles II and Sada (Aulenbach) Jundt. Richard built a career in sales and marketing,... View Obituary & Service Information

The family of Richard H. Jundt created this Life Tributes page to make it easy to share your memories.

Send flowers to the Jundt family.