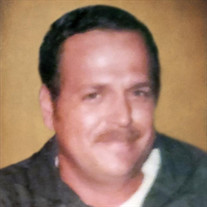 Dover - Richard "Dicky" Gene Collins, 74, of Dover, passed away on Monday, January 11, 2021. He was born on February 5, 1946 in Phoenixville, PA, son of the late Oliver Dale and Sophia (Zonsa) Collins. Richard graduated from Phoenixville Area High School in 1965 with dreams of joining the Air Force like his father and soon began his career as a loadmaster technician, Dover AFB. During his 23 years in the Air Force, he served in Vietnam and traveled to over 100 countries, earning many citations and honors along the way. He settled in Dover, DE, retiring from the Air Force in 1988. Following his retirement, Richard worked for George and Lynch, also earning a lifesaving award. In his free time, he loved the outdoors and was an avid deer hunter and fisherman. Richard enjoyed his vegetable garden and canning, always happy to share with friends and family. He also loved his dachshunds, boating, grilling, seafood, building and flying his RC airplanes, and became known as the "Mayor" because of all the work he did to advocate for his community. Richard was an active member of the Delaware State Police community outreach program and he was also very proud of his family members who serve. For those who knew him and loved him, he will be greatly missed. In addition to his parents, Richard was preceded in death by his brother - in - law, Howard Holder and his beloved dachshund, Nikki. He is survived by his three sisters: Joan Holder, Colleen (Steve) Voegele, and Deborah Collins; his nephews: John (Debi) Justice and Christopher Voegele; and his grandnephews: Luke and Logan Justice. A private graveside service will be held in the spring with immediate close friends and family at the Delaware Veteran's Cemetery in Millsboro, DE. In lieu of flowers, the family suggests contributions in Richard's memory to the American Diabetes Association, Eastern Pennsylvania & Delaware, 150 Monument Rd. #100, Bala Cynwyd, PA 19004, Delaware SPCA, 18675 Coastal Hwy, Rehoboth Beach, DE 19971, or to a disabled veteran’s organization of choice. Please sign the online guestbook located on the tribute page.

The family of Richard "Dicky" Gene Collins created this Life Tributes page to make it easy to share your memories.

Send flowers to the Collins family.