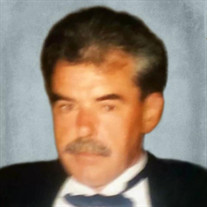 Richard “Dick” Canavan, 74, of Lewes, Delaware, passed away unexpectedly on January 24th, 2022. Dick was born in Scotland in the town of Paisley, which is located just outside of Glasgow. His family immigrated to Ontario, Canada, and later the United States, eventually settling down in Buffalo, NY, where he spent most of his upbringing. Dick attended the esteemed St. Joseph’s Collegiate Institute in Buffalo, NY, and later Niagara University. There, his education was interrupted when he volunteered for military service, for the Vietnam War in 1965, with the U.S. Air Force. During his time on active duty, Dick met and later married the love of his life, Carol, to whom he remained married for 53 years until his death. In addition to being a devoted husband to Carol, he was a dedicated father to his 4 sons and took great pride in providing for his family. Anyone who knew Dick would tell you that he was talented at anything he set his mind to. A skilled musician, he could always be found with a guitar in his hand, he was a great tennis player, a scratch golfer, as well as a fine carpenter in his spare time. He would sometimes even blend his hobbies, going as far as even building his own guitars in his woodshop. For a career, Dick spent his early years working his way up in the trucking industry, eventually reaching the pinnacle of his career when he was promoted to CEO of Pennsylvania Truck Lines. However, during tough economic times, he was forced to reinvent himself, later becoming a Chief Data Scientist for the Bank of New York, where he spent his years until retirement. In addition to his wife, Carol, he also leaves behind his 4 sons: Alex (Missy), Tim (Michelle), Rick (Danielle), and Rob (Amanda); his 12 grandchildren, Carly Dewitt (Eric), Devin (Devon), Olivia, Colton, Maggie, Lucas, Keira, Ricky, GracieAnne, Christopher, Jack, and Michael; his great granddaughter, Kennedy; and his sister, Mary Sharrow. A memorial service will be held on Thursday, February 3, 2022, at 11:00 AM, at Parsell Funeral Hoems & Crematorium, Atkins-Lodge Chapel, 16961 Kings Highway, Lewes, DE, where friends may visit beginning at 10:00 AM. Interment will be private. Due to the ongoing COVID-19 pandemic, masks are required of all attending the services. Please sign the virtual guestbook located on the tribute page.

Richard &#8220;Dick&#8221; Canavan, 74, of Lewes, Delaware, passed away unexpectedly on January 24th, 2022. Dick was born in Scotland in the town of Paisley, which is located just outside of Glasgow. His family immigrated to Ontario, Canada,... View Obituary & Service Information

The family of Richard Canavan created this Life Tributes page to make it easy to share your memories.

Send flowers to the Canavan family.