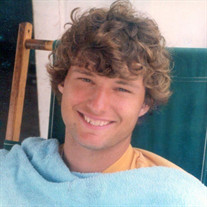 DEDICATED FEDERAL SERVANT DEVOTED HUSBAND Richard Kent Billger departed this life Wednesday, December 30th, 2020, holding his beloved wife’s hand, passing peacefully into the light of the next realm. Having fought a courageous battle with cancer for over 3 years with quiet bravery, strength of spirit, and great will, his caring wife ever at his side, Rich left us after a final Christmas, at the age of 59. Richard was born on July 11, 1961, in Sellersville, Pennsylvania, to Joseph and Georgia Billger. He grew up, however, in the Rehoboth Beach of the 60’s and 70’s, a tight-knit community where everyone knew everyone else. Rich was a Rehoboth Jr. High Seahawk and had fond memories of the School Vue crew. He worked summers on the beach for Dick Lynam’s beach service, saving assiduously for college. Rich was an avid tennis player and soccer goalie at Cape Henlopen High School, which he later parlayed into scholarships at Blackburn College. While at Blackburn, he held the career record for saves as soccer goalie and graduated Summa Cum Laude, Alpha Chi in 1984. Continuing his education at the University of South Dakota, Richard attained his Juris Doctorate and found his steadfast partner and loving wife, Dianne. Married for 26 years, they lived throughout the United States, moving for Rich’s 32-year career with the federal government, most notably NASA in Wallops Island, Virginia and most recently Loma Linda, California. No matter where his and Dianne’s careers took them, Rich couldn’t quite get ‘Rehoboth Beach’s sand out of his shoes’; he loved Delaware and returned to the Delaware beaches where he grew up as often as he could, checking in on his beloved parents, Joseph and Georgia and playing in pickle-ball tournaments with his mother. Richard was a dedicated federal servant and kept working until the very end of his life with great persistence and focus. He was a private man, possessing a gentle spirit and generous heart. Kind and soft-spoken, Rich was humorous, honest, humble, thoughtful, and caring. He loved his family deeply. Richard is survived by his devoted wife of 26 years, Dianne Billger; his sisters: Corinne Daffner (Ray) of Waterford, Virginia and Lewes, Nancy Nascimento (Marcos) of Stroudsburg, Pennsylvania; his brother, Hans Billger (Monica) of Alexandria, Virginia; his nephews: Thadd Wilkinson (Nina) of Milton, Delaware, Brett (Barbara) Wilkinson of Boston, Massachusetts; his nieces: Bailey and Josie Billger; and his grand-nephews: Wyatt and Lincoln Wilkinson. Rich, we will miss early morning walks on the boardwalk, catch-up phone calls, passionate political discussions and the beautiful gift that you have been to us all. We suspect, though, that with your well-known honesty and new-found freedom, you’re now battling alongside the angels, helping to steer us all in a better direction. Services will be private. Contributions in Rich’s memory are requested to the American Cancer Society, 92 Reads Way, # 205, New Castle, DE 19720.

The family of Richard Kent Billger created this Life Tributes page to make it easy to share your memories.

Send flowers to the Billger family.