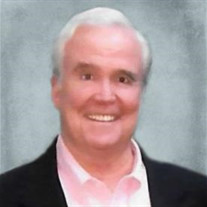 Peter James Stevenson, 79 of Lewes, DE passed away peacefully on Wednesday, August 7, 2019 at Beebe Healthcare, after a long and arduous battle with neuropathy and the complications that accompanied it. He was born on January 10, 1940 in New York City, son of the late Donald and Rosamond (Smith) Stevenson. Pete grew up in Great Neck, Garden City and Quogue, Long Island. He graduated from Westhampton High School in 1958. During the summers he worked for the local landscaper trimming hedges and cutting grass, but the job he loved the best was being a lifeguard at Westhampton Beach. He continued his education at Colby College in Waterville, Maine earning a B.A. in English with a minor in English Literature in 1963. While at Colby he was a member of the Alpha Tau Omega fraternity and lived in the ATO house. It was there that some of Pete’s happiest memories and lifelong friendships were made. On September 16, 1982 at Appleford in Villanova, Pennslavania, Pete married Judy (Judith Anne) Gibbons of St Georges, Delaware. Over the next 31 years, they lived in Newtown Square, Haverford, and Overbrook, PA before moving to Lewes in 2013 to be close to Judy’s family. Throughout his career as an independent sales consultant for various logistic management companies, Pete always dreamed of writing and publishing a novel in the genre of John Grisham, Tom Clancy, and James Patterson. After retiring and moving to Lewes, Pete wrote that novel and at the time of his death, had only the last three chapters of his novel to edit and then send to a publisher. Above all, Pete was a loving and devoted husband, brother, brother-in-law, uncle, and friend. He was loved by many and will be deeply missed by all who knew him. In addition to his parents, Pete was preceded in death by his brothers: Donald K. Stevenson, Jr. of New York City and Sag Harbor, NY and Michael C. Stevenson of Washington DC and Bethany Beach, DE; his sister, Louise A. (Stevenson) Cummings of Babylon, NY; and his brothers-in-law: Robert H. Gibbons, Jr. of Indianapolis, IN and Edward W. Gibbons of New York City and Moor Park, CA. He is survived by his beloved wife, Judy Stevenson of Lewes, DE; his sister, Lesley S. (Stevenson) Wieland of Remsenburg, NY; his sisters-in-law: Colleen Stevenson of Sag Harbor, NY, Muriel Stevenson of Naples, FL, Joan Gibbons of Indianapolis, IN, and Arlene Gibbons of New York City; his brother-in law, William S. Gibbons (Gayle) of Lewes, DE; and his nieces and nephews: Deborah Stevenson, Karen Stevenson, Edward Cummings, Michael Cummings, Josh Gibbons, Charity Gibbons, Vanessa Gibbons, Christopher Gibbons, Amy (Gibbons) Vance, and Amanda (Gibbons) Hantzopoulos, who will always remember him as their “Crazy Uncle Pete” who was so much fun to be around and always kept them laughing. All services were private. Please sign the online guestbook located on the tribute page.

Peter James Stevenson, 79 of Lewes, DE passed away peacefully on Wednesday, August 7, 2019 at Beebe Healthcare, after a long and arduous battle with neuropathy and the complications that accompanied it. He was born on January 10, 1940 in New... View Obituary & Service Information

The family of Peter J. Stevenson created this Life Tributes page to make it easy to share your memories.

Send flowers to the Stevenson family.