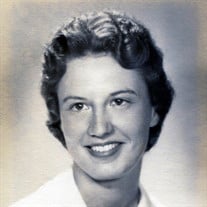 Paula Turek Simpson died peacefully on Sunday, August 31. She was born on January 27, 1936, to Paul J. and Doris (Barton) Turek in Woodstown, NJ. Paula was raised and educated in Delaware. She graduated from P.S. DuPont High School and from the University of Delaware with Honors. She married her childhood sweetheart, George B. Simpson, with whom she shared 57 years of marriage. Paula became a teacher after her daughters were in school. She was a substitute teacher for ten years and taught elementary school for 17 years in the Cape Henlopen School District. Upon retiring from teaching, she worked for nine and a half years as Director of Caring Ministries for Epworth United Methodist Church. Paula also served Epworth as a Sunday school teacher, Secretary of the Administrative Council, President of the Administrative Council, member of the Board of Trustees, and on building committees for the new parsonage and later for the new church on Glade Road. Paula served as a lay delegate on the Board of Ordained Ministry for the Peninsula Delaware Annual Conference of the United Methodist Church for 11 years. She enjoyed baking the communion bread for Epworth for over 30 years. After retiring as Director of Caring Ministries, she volunteered as a Daily Office Worker at Epworth for a number of years. Paula served as a treasurer for the City of Rehoboth for many years. In the last several years she was a Read Aloud volunteer at Rehoboth Elementary School. Paula enjoyed walking on the boardwalk at sunrise and the many friends she met there. She enjoyed reading and cooking, and most of all she enjoyed spending time with her daughters and their families. In addition to her parents, Paula was preceded in death by her beloved husband, George. She is survived by; her daughters, Linda Simpson and her husband, Wes Stack of Milton and Susan Selph and her husband, Troy Selph of Milton; her grandchildren: Maggie Thompson and her husband, Josh of Lincoln and Galen Selph of Milton; her great grandchildren: George and Maisie Thompson of Lincoln; her brother, Lee Turek and his wife, Barbara of Rehoboth; her nine nieces and nephews. A celebration of life will be held at a later date. Ar In lieu of flowers, the family requests memorial gifts to one of Paula’s favorite charities, Miriam’s Table at P.O. Box 402, Lewes, DE 19958, or www.Miriamstable.org. Please sign the virtual guestbook located on the tribute page.

Paula Turek Simpson died peacefully on Sunday, August 31. She was born on January 27, 1936, to Paul J. and Doris (Barton) Turek in Woodstown, NJ. Paula was raised and educated in Delaware. She graduated from P.S. DuPont High School and from... View Obituary & Service Information

The family of Paula T. Simpson created this Life Tributes page to make it easy to share your memories.

Send flowers to the Simpson family.