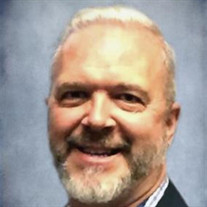 Paul Anthony Jones, age 61 of Millsboro, DE, passed away on Friday, January 29, 2021 at Beebe Healthcare in Lewes, DE. He was born on December 9, 1959 in Lake Charles, LA, son of the late George Lee and Betty Marie (Miller) Jones. Mr. Jones built a career as a buyer for retail companies. In his youth he was an Eagle Scout and a member of Delta Sigma Pi business fraternity. Above all, Mr. Jones cherished time with those he held most dear. He was a loving and devoted husband, brother, uncle, and friend who will be deeply missed by all who knew him. In addition to his parents, Mr. Jones was preceded in death by his grandparents: Mr. & Mrs. Edmond Miller and Mr. & Mrs. C.G. Jones. He is survived by his husband, Robert N. Land of Millsboro, DE; his sisters: Pamela Ann Jones and Patrice Annette Jones, both of Lake Charles, LA; his nephews: Phillip Bernard of Dallas, TX and Brandon Monceaux of Lake Charles, LA; his niece, Paige Manual of Lake Charles, LA; his 3 great-nephews; and his 2 great-nieces. Services are private. In lieu of flowers, the family requests contributions in Mr. Jones’ memory to Children’s Beach House, 1800 Bay Avenue, Lewes, DE 19958.

The family of Paul Anthony Jones created this Life Tributes page to make it easy to share your memories.

Send flowers to the Jones family.