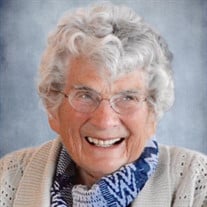 Patricia Bogan O’Hanlon, 93 of Lewes, DE passed away June 3, 2020 at Beebe Healthcare in Lewes. Pat was born April 3, 1927 in Washington, D.C., the daughter of Eugene F. Bogan and Gwendolyn Middleton Bogan Womack. She was a graduate of Woodrow Wilson High School and Washington School for Secretaries and attended George Washington University. She married Ardle Patrick O’Hanlon Dec. 14, 1950, and the couple lived briefly in Washington, D.C. before moving to a 300-acre farm they fell in love with at first sight near Poolesville, Md., in upper Montgomery County. Before getting married, Pat worked for American Cyanamid Corp. and as a secretary at the newly formed Central Intelligence Agency in Washington. She was also an avid horseback rider on weekends at Rock Creek Park where she met her husband to be. In Poolesville, the couple intended to raise horses, wound up with chickens, sheep and, most importantly, Aberdeen Angus cattle. The farmhouse, built in 1862, proved to be ideal for raising their family of five girls and two boys. During her years in Poolesville, Pat was active in local organizations and in local, state, and national politics. She helped organize the Rural Republican Women’s Club and was an at-large member of the Montgomery County Republican Central Committee. Following Ardle’s untimely death in 1977, Pat still had three children under the age of 18 living at home. In 1986, she decided to sell the farm and moved to Easton, MD where she could be near the water. She bought a house on Peachblossom Creek and proceeded on an extensive renovation project. The Easton home provided many fond memories of family holiday get-togethers and crab feasts. In March of 2005, Pat was honored to host the Ceann Comhairle (Irish Speaker of the House), Dr. Rory O’Hanlon, who was visiting the United States for the St. Patrick’s Day Celebrations. Living in Easton for over 20 years, Pat was active in numerous organizations including the newsletter editor of the Easton Chapter of AARP and the Easton Memorial Hospital Auxiliary where she served on various committees including serving as president. She devoted countless hours of volunteer service to the hospital and was honored by the hospital for her volunteer work. She was also an active member of Trinity Episcopal Church and loved singing in the choir. Her interest in politics continued. She was active in the Talbot County Republican Ladies Club and Central Committee. She moved from Easton, Md. to Lewes, De. in 2008 where she was one of the first 25 residents of Cadbury at Lewes, now The Moorings at Lewes. While a resident, she compiled the residents’ newsletter for nine years and was active in the social life of the community. It seemed that Lewes was destined to become a home for Pat. Many years earlier in 1965, her father purchased a summer home on Lewes Beach, and it quickly became a treasured family summer destination with time spent with friends on the beach and sailing. Pat loved spending time on the Lewes Yacht Club deck watching Sunday sailboat races on Delaware Bay. She also enjoyed watching boats come in at the Cape May-Lewes Ferry Terminal. She was active in Republican politics throughout her life. In 1988, she was elected as one of Maryland’s Presidential Electors, and at the convention in Annapolis on Dec. 18, she cast the confirming vote for George H.W. Bush. She met former President George H.W. Bush and his wife, Barbara, on several occasions. She also took former President George W. Bush on a tour of Easton. She was honored by the Republican Party of Maryland for a lifetime of achievement. Pat loved traveling and visited her family in Oregon and Washington many times. She also loved to get in her car and explore the Delmarva Peninsula. She enjoyed a special cruise and land trip to Alaska. Family dinners, especially Thanksgiving, were always a grand production for Pat who orchestrated the shopping and cooking for as many as 30 or more family members. Pat loved to watch her many grandchildren play sports and was proud of their achievements. One of the highlights in Lewes was a grand celebration at Lewes Yacht Club for her 90th birthday, which was attended by a room full of family from all over the country, as well as many of her Lewes friends. Pat was quick to share stories of her childhood, especially when she sat on the lap of Mount Rushmore sculptor Gutzon Borglum and the day she watched the ill-fated Hindenburg airship fly over the Washington National Cathedral. Pat is predeceased by her mother, Gwendolyn Bogan Middleton Womack; father, Eugene F. Bogan; husband, Ardle; brother S.E.T. “Ted” Bogan; and son-in-law Brad Hosler. She is survived by her seven children: Kathleen O’Hanlon and husband Ron MacArthur of Lewes; Marjanna Hosler of Portland, Ore.; Maureen Baldasanno of Ijamsville, Md.; Patricia Ingram and husband Paynter of Wilmington; Ardle O’Hanlon Jr. and wife Sue of Newark; Deirdre Meade of Lewes; and Eugene O’Hanlon and wife Heather of Renton, Wash.; 21 grandchildren and 11 great grandchildren. In lieu of flowers, the family suggests donations in her memory to the Auxiliary of Memorial Hospital at Easton, 121 Federal St. – Suite 2, Easton, MD 21601 or a charity of choice. Service details will be posted as soon as they become available. Please sign the online guestbook located on the tribute page.

Patricia Bogan O&#8217;Hanlon, 93 of Lewes, DE passed away June 3, 2020 at Beebe Healthcare in Lewes. Pat was born April 3, 1927 in Washington, D.C., the daughter of Eugene F. Bogan and Gwendolyn Middleton Bogan Womack. She was a graduate of... View Obituary & Service Information

The family of Patricia B. O'Hanlon created this Life Tributes page to make it easy to share your memories.

Send flowers to the O'Hanlon family.