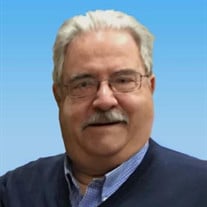 Osborne “Preston” Beall, Jr. Sailing Enthusiast Osborne “Preston” Beall, Jr., 83, of Lewes, passed away at his home on Thursday, January 6, 2022. He was born June 21, 1938, in Baltimore, MD, to the late Mary Dee (Frazier) Beall and Osborne Preston Beall. Preston grew up in Stevenson, MD, in the beautiful Greenspring Valley, outside of Baltimore. He was surrounded by his large extended family and graduated from the nearby St. Paul’s School for Boys in 1956. Preston was a veteran of the U.S. Army, serving in post - war South Korea, stationed at the DMZ from 1957 - 1959. Upon his return he attended the University of Baltimore and earned a BS degree in Business Management. His father owned one of the earliest Ford dealerships in MD, Beall Motor Company, where Preston acquired a lifelong interest in cars. Preston’s most prized possession was a 1923 Model T sold by the dealership and returned to the family many years later. Preston’s activities included cross country motor rallies, scuba-diving, and flying antique airplanes. His special interest was sailing out of Bel Air, with his many friends, racing and cruising on the Chesapeake Bay. After his father stepped down, Preston managed family-owned residential properties and the Stevenson Village Center. This is where he met his future wife, Margaret and they opened Early Edition Cafe, a popular neighborhood gathering place in the Village Center. Preston and Margaret enjoyed a second home in Lewes, DE and moved there permanently in 2003. He became a real estate appraiser, established his company, Early Edition Appraisals, and remained active until shortly before his death. He attended St. Peter’s Episcopal Church, where he served as Junior Warden and was a long-time member of the choir. Preston was an enthusiastic member of the Lewes Yacht Club and was involved in the sailing community as a volunteer for the Racing Committee. Preston is survived by his wife, Margaret Murgatroyd Beall, his siblings Dorothea Beall Lankford of Baltimore, Mary Dee Beall and husband Bob Frank of San Francisco, and Carl Beall of Stevenson; stepdaughters Elizabeth Stewart Copeland of Lewes and Meredith Copeland Dunn of San Francisco; and five grandchildren. A private graveside service will be held this week and a Celebration of Life for Preston will take place during the summer for friends and extended family. In lieu of flowers, please consider a donation to St. Peter’s Episcopal Church, 200 2nd Street, Lewes, DE 19958. https://stpeterslewes.org Please sign the virtual guestbook located on the tribute page.

The family of Osborne "Preston" Beall Jr. created this Life Tributes page to make it easy to share your memories.

Send flowers to the Beall family.