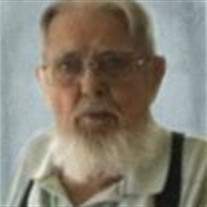 Florist Note- Please have all floral arrangements delivered to the Bridgeville Funeral Home by 3 PM on Wednesday 09/25/2019. Orin Robert Willey "Bobby", age 87, of Bridgeville, DE, lost his long battle with cancer under hospice care on Friday, September 20, 2019 at Nanticoke Memorial Hospital. He was born in Bridgeville, DE, on March 11, 1932, son of the late Herman and Elva Cunningham Willey. He was also predeceased by his brother Bud Willey and his sisters Mary Elliott, Georgia Henry and Trudy Willey. As a young man he served in the Air Force and then went on to work at Dover Air Base where he retired after 30 years as a HVAC engineer for private contract companies. He had spent many years continuing to serve our country through his membership in the American Legion, where he had served as commander at the Bridgeville and Seaford Posts as well as serving as District Commander. Orin was a strong, proud and good man, the true head of our family who was loved and will be missed by many. Over the years since retirement he enjoyed fishing, bowling and going to Saturday and Sunday Breakfasts with his family. He is survived by his wife of 64 years Pearl V. Willey; four sons, Jon Willey of Kentucky; Trevor Willey, Keith Willey and Kevin Willey all of Bridgeville, DE; two daughters, Karen Ratledge of Harrington, DE and Lynn Kiser (Michael) of Tampa, Florida; his brother Larry Willey (Beverly) of Lakeland, Florida; 8 grandchildren, 10 great grandchildren; and several nieces and nephews. Graveside Services with Military Honors will be held on Thursday, September 26, 2019, at 11:00 AM at Bridgeville Cemetery, Market & Laws Streets, Bridgeville, DE. Memorial contributions may be made to the Nanticoke Memorial Hospital - Cancer Center, 801 Middleford Road, Seaford, DE 19973 or to Delaware Hospice, 100 Patriots Way, Milford, DE 19963 Please sign Mr. Willey’s online guestbook located on this site.

The family of Orin Robert "Bobby" Willey created this Life Tributes page to make it easy to share your memories.

Florist Note- Please have all floral arrangements delivered to...