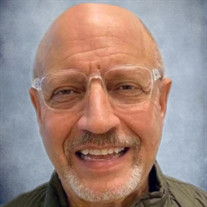 Michael “Mike" J. Morrison, age 68 of Rehoboth Beach, DE passed away on Wednesday, December 30, 2020, at Beebe Healthcare, in Lewes, DE. He was born on May 22, 1952 in Pittsburgh, PA, son of the late Samuel and Clara (McConnell) Morrison. Mr. Morrison worked for 30 years at Anne Arundel County Public Schools as an art educator. He and his wife Donna started a theater camp at Anne Arundel Community College many years ago. They directed many plays over the years. After Mrs. Morrison's passing, he continued as lead director. It was their passion to work with the youth and developed their talents. Mr. Michael worked for several years at Palate Pleasers in Annapolis Maryland where he loved seeing new and old faces on a regular basis. He continued to work in the service industry when he moved to Rehoboth Beach. Mr. Morrison loved the arts. Both professional and community theater was his great passion. He was a very talented artist and showed it in so many ways. You could find him decorating for holidays or for friend’s weddings. Mr. Morrison was always a busy guy! He loved to shop and fashion. He was the best dressed man we knew. The beach was his second home and he always felt at peace whenever he had the sand between his toes. Mr. Morrison loved to lay in the sun, loved his friends and family, but most of all his 5 grandchildren. His grandchildren were his life. He had passed so much talent and kindness to them. He was a loving and devoted husband, father, grandfather, and friend who will be deeply missed by all who knew him. Mr. Morrison and his family sponsored many midshipmen from United States Naval Academy. They were like his sons and he loved being part of their lives and watching their families grow. In addition to his parents, Mr. Morrison was preceded in death by his beloved wife of 25 years, Donna Jean Morrison. Mr. Morrison is survived by his grateful children: Andrew Phillip Morrison of Clearwater, FL; Jennifer Megan Alber of Myrtle Beach, SC; Erin Maria Betz (Todd) of Arnold, MD; his 5 grandchildren: Alana Jean Betz, and Collin James Betz of Arnold, MD; Charles Michael Alber of Myrtle Beach S; Maximilian O’Riley Jones and Hunter Madden Morrison of Clearwater, FL; and many, many friends in Annapolis and Rehoboth Beach. Services will be private. Please sign the online guest book located on the tribute page.

The family of Michael J. Morrison created this Life Tributes page to make it easy to share your memories.

Send flowers to the Morrison family.