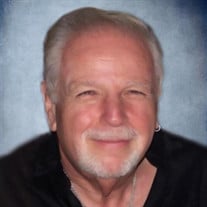 Michael Benjamin Herman, age 80 of Lewes DE, passed away on Tuesday, January 18, 2022, at Beebe Hospital in Lewes, DE surrounded by his family. He was born on June 25, 1941, in Brooklyn NY, son of the late William and Rose (Goldstein) Herman whom he loved dearly. Michael was a caring & compassionate man who touched the lives of many people. He made everyone feel special in his presence, leaving an indelible impression upon those he met. If you received a piece of his jewelry, you felt truly blessed. He loved to shop and trade and when he walked into any shop, they all knew his name. Michael’s garden gave him serenity as well as everyone who visited it. Michael was a man of honor and proud to have served in the U.S. Marine Corps. He chose jobs to make a difference in people’s lives such as social worker and counselor. As a salesman, Michael was able to sell anything as people fell in love with him and not the product he sold. In addition to his parents, Michael was preceded in death by his brother, Melvin Herman and his sister, Hannah Band. Although his siblings were much older than him when he was born, he made sure to stay connected to them as often as possible. He was also preceded in death by his former wife, Ellen Joy Sandler in 2017.Michael is survived by his husband, Charles Baker of Lewes and for over 42 years, they built a friendship and marriage before moving to Delaware from New Jersey where they built their dream home for retirement. He is also survived by his children: Jill Infanti and her husband Steven; and Nowell Herman and his wife Heidi; his grandchildren: William Herman and his wife Candace, Nicholas Mazonis, Roc Herman and his fiancé Christy, and Ashley Herman and her fiancé Ben. Lastly, his great-granddaughters: Hayley and Emma Herman were the apple of his eye who kept him young at heart. Michael was very proud of his family, and he will be lovingly missed by all who knew him. A private funeral service was held on Wednesday, February 2, 2022, at Parsell Funeral Homes & Crematorium, Atkins-Lodge Chapel, Lewes, DE. Please sign the virtual guestbook located on the tribute page.

Michael Benjamin Herman, age 80 of Lewes DE, passed away on Tuesday, January 18, 2022, at Beebe Hospital in Lewes, DE surrounded by his family. He was born on June 25, 1941, in Brooklyn NY, son of the late William and Rose (Goldstein) Herman... View Obituary & Service Information

The family of Michael B. Herman created this Life Tributes page to make it easy to share your memories.

Send flowers to the Herman family.