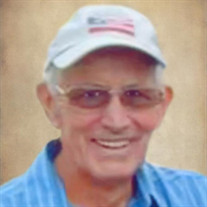 Melvin "Mel" Gearld Wissinger, age 81 of Lewes, DE, passed away on Thursday, August 13, 2020 at Beebe Healthcare in Lewes. He was born on December 12, 1938 in Scalp Level, PA, son of the late Graham and Lavern Wissinger. Mel was a proud veteran, having honorably served in the US Air Force, stationed at Dover Air Force Base. He made his career as an electrical and instrument foreman at Delaware City Refinery, retiring after many dedicated years. Mel had many hobbies and interests. He enjoyed exercising, biking, hiking, walking, and anything that afforded him the opportunity to be outdoors. Mel loved his Savior, Jesus, first and foremost. He also loved his family, neighbors, and church family with all his heart. Mel was a kind and giving soul, who went out of his way to share the good news of salvation with everyone he met. He cherished time spent with those he held most dear and was a loving and devoted husband, father, grandfather, great-grandfather, brother, and friend. Mel was loved by many and will be deeply missed by all who knew him. In addition to his parents, Mel was preceded in death by his daughter, Cynthia Wilson; and his grandson, Ryan Doherty. He is survived by his beloved wife, Carolyn Crawford Wissinger of Lewes, DE; his son, William Wissinger of Rehoboth Beach, DE; his daughter, Melanie Doherty of Cape Coral, FL; his grandchildren: Carol Thompson, Michael Thompson, Alex Doherty, Evan Doherty, Haley Wissinger, Hugh Wissinger, and Avery Wissinger; his great-grandchildren: Ryan Thompson, Rhett Doherty, and Archer Doherty; his brothers: Blaine Wissinger and Ronald Wissinger; and his sisters: Janet McCuch and Lois Yoder. Mel will be interred at Delaware Veterans Memorial Cemetery in Bear, DE. A memorial service at Bible Fellowship Church of Newark will be announced at a later date. In lieu of flowers, the family requests contributions in Mel's memory to Christian Appalachian Project, PO Box 55911, Lexington, KY 40555-5911. Please sign the online guestbook located on the tribute page.

Melvin "Mel" Gearld Wissinger, age 81 of Lewes, DE, passed away on Thursday, August 13, 2020 at Beebe Healthcare in Lewes. He was born on December 12, 1938 in Scalp Level, PA, son of the late Graham and Lavern Wissinger. Mel was a proud veteran,... View Obituary & Service Information

The family of Melvin Gearld Wissinger created this Life Tributes page to make it easy to share your memories.

Send flowers to the Wissinger family.