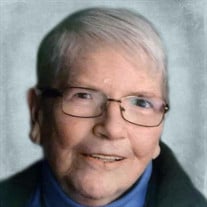 Mary Katherine McLaughlin, age 82 of Milton, DE, passed away on Wednesday, April 8, 2020 while in the care of Atlantic Shores Rehabilitation & Health Center in Millsboro, DE. She was born on October 27, 1937 in Chicago, IL, daughter of the late Edward and Blanche (Kahoun) McLaughlin. Mary was born to a mother and father who blessed her with the desire to travel and see the world. She traveled throughout her childhood and spent her teenage years in Japan, where her father was assigned during his military service. It was during this time that Mary became an accomplished equestrian. Mary built a career as a registered nurse, working for the Veteran’s Administration and caring for burn patients. She met Shila, the love of her life in 1988, and they married in Provincetown in 2004. Mary and Shila followed that celebration with many adventures. They traveled to Canada, Bali, Tibet, Alaska, Ireland, Scotland, Vietnam, Scandanavian capitols, Russia, Germany, Turkey, Italy, England, Greece, Croatia, Spain, Australia, and New Zealand. The couple were dedicated members of the Metropolitan Community Church of Baltimore, and upon moving to Delaware, were instrumental in the growth of the Metropolitan Church of Rehoboth, by overseeing its design and construction. Mary and Shila were both dog-lovers and shared their home with their loyal canine companions, Teno, Raisin, Willie, Prince Mikie, and King Eddie. In addition to her parents, Mary was preceded in death by her beloved wife, Shila Hayden. She is survived by her brother, John Minot and his wife Kim. Due to the Covid-19 pandemic, a celebration of life will be announced at a later date. In lieu of flowers, the family suggests contributions in Mary's memory to the Metropolitan Community Church of Rehoboth, PO Box 191, Rehoboth Beach, DE 19971. Please sign the online guestbook located on the tribute page.

Mary Katherine McLaughlin, age 82 of Milton, DE, passed away on Wednesday, April 8, 2020 while in the care of Atlantic Shores Rehabilitation & Health Center in Millsboro, DE. She was born on October 27, 1937 in Chicago, IL, daughter of the late... View Obituary & Service Information

The family of Mary Katherine McLaughlin created this Life Tributes page to make it easy to share your memories.

Send flowers to the McLaughlin family.