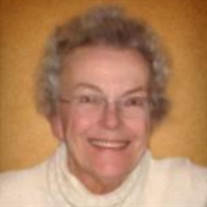 Mary M. Slusher, 81, of Laurel, DE and formerly of Glen Burnie, MD, passed away peacefully on Sunday, November 22, 2020, at Seaford Genesis Healthcare, in Seaford, DE. Born January 11, 1934 in Halethorpe, MD, Mary was the daughter of the late Rebecca and Alton Narer. Mary was a loving and devoted daughter, sister, wife, mother, grandmother, aunt, and friend. Mary was raised in Halethorpe and attended Catonsville High School. At a young age, Mary worked as a ‘candy striper’ at the hospital and later worked as a PBX Operator. She married her childhood friend, John, when she was 18 and they recently observed their 63 years of marriage. They moved to Glen Burnie where they raised their son, John and their daughter, Dawn. Mary was a dedicated homemaker. She volunteered countless hours with her childrens’ schools and scouting. Additionally, Mary looked after her eagerly anticipated grandsons, Jacob and Logan, and also took care of her elderly mother. Mary re-entered the work force working at the Hallmark store in Harundale Mall in the early 90’s. She then served as a breakfast hostess at the BWI Holiday Inn and later worked at the front desk. In 2000, Mary and John moved to Laurel, DE. Mary loved walking, sailing, camping, crochet, gardening, cooking and, of course, spending time with family. Despite several health challenges, Mary persevered and maintained her strong will and compassion, attributes that so many who know her admired. In addition to her parents, Mary was preceded in death by her brother Joseph Narer; infant son, Mark Walter; and her son, John Alton Slusher. She is survived by her husband John A. Slusher, daughter-in-law Jacquelyn Slusher, daughter Dawn Pumphrey (Jack), and her 6 grandchildren Jacob Slusher (Lisa), John Logan Slusher, Jack Pumphrey IV, Joshua Pumphrey, Ashlyn Pumphrey and Addisyn Pumphrey. Services will be held at a later date. Please sign the online guestbook located on the tribute page.

The family of Mary M. Slusher created this Life Tributes page to make it easy to share your memories.

Send flowers to the Slusher family.