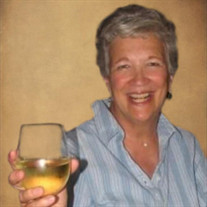 Mary Beth Crafts, nee Mary Elizabeth Amend, was born September 4, 1941 in New York City (Manhattan). Her parents were Edward R. and Kathryn Quinlan Amend of the Bronx. At the age of two, Mary Beth moved with her parents to Bayside (Queens) where she attended Sacred Heart Grammar School. Following her high school graduation from The Mary Louis Academy in Jamaica Estates, the family moved to Slingerlands, NY, a suburb of Albany. After receiving a Bachelor of Arts degree in History, from the College of St. Rose in Albany, she was employed as a claim’s representative by the Social Security Administration, training first in the Albany District office, and then returning to Queens to work in the Flushing District Office. In 1968, she was promoted to a budget analyst position at Social Security Headquarters in Woodlawn, MD. In 1973, she married Walter Crafts, a telecommunications specialist with the Social Security Administration. They purchased a home in the Ten Hills Community in Baltimore City which was their permanent residence until June of 2005. In 1974, she became a stay-at-home Mom on the birth of their son, Walter Michael. Daughter, Susan Elizabeth followed in 1978. During this time, she received a Certificate in Paralegal Studies from the University of Maryland's University College. Mary Beth returned to full time employment in 1989 as the Administrative Assistant at St. William of York School in Baltimore. She left in 1996 to become the Director of Admissions at Mount De Sales Academy in Catonsville retiring in 2002. Mary Beth was an active member of AAUW Baltimore, and the West Side Democratic Club, and served as president and on the Boards of both organizations. In addition, she was appointed to a term on the Baltimore City Commission for Women by then Mayor Kurt Schmoke. She also served on the Board of the Hunting Hills Swim Club, as President of the St. William of York Parish Council, and as President of the Ten Hills Garden Club. She is listed in the 1991-1992 Edition of Marquis Who's Who of American Women, and in the 1992-1993 Edition of The National Reference lnstitute's, Who's Who in American Education. Mary Beth and Walt moved to Lewes, DE in 2005. She became an active member of AAUW Coastal¬ Georgetown, and AAUW Delaware which she served as Co-president for three years. She was also a member of the League of Women Voters, the Progressive Democrats of Sussex County, and the 20th RD Democratic Committee. She is predeceased by her parents, Edward and Kathryn Amend, and her husband, Walter Crafts. Mary Beth is survived by her son, Walter M. Crafts, grand¬daughters Maria Eduarda and Abigail Elizabeth, daughter Susan Crafts Spencer, and her husband, Jason Spencer. She is also survived by her sister-in-law Suzanne Crafts of E. Boothbay ME as well as her nieces Louisa and Susanna, nephew Joseph and five grand nieces and nephews and one great grand niece. Services will be private. Please sign the virtual guestbook located on the tribute page.

Mary Beth Crafts, nee Mary Elizabeth Amend, was born September 4, 1941 in New York City (Manhattan). Her parents were Edward R. and Kathryn Quinlan Amend of the Bronx. At the age of two, Mary Beth moved with her parents to Bayside (Queens) where... View Obituary & Service Information

The family of Mary Beth Crafts created this Life Tributes page to make it easy to share your memories.

Send flowers to the Crafts family.