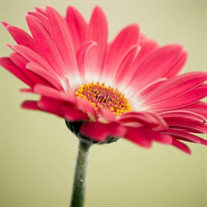 Mary "Brooke" Steinle, age 77 of Rehoboth Beach, DE and formerly of Pawcatuck, CT, passed away peacefully on Thursday, July 9, 2020, at Beebe Hospital, in Lewes, DE. She was born on February 24, 1943 in Philadelphia, PA, daughter of the late Charles A. Jr. and Laura Lee Owens. Brooke was the granddaughter of the late Charles Allen Sr. and Mattie Byrne Payne Owens of Wilmington, DE and the late Dr. Roy Franklin Corley and Henrietta Palmer Bailey of Smyrna, DE. Dr. Corley was Lieutenant Governor in the 1930s. Brooke attended primary, junior high, and high school in Chagrin Falls, OH, graduating in 1961. She received an Associate's Degree in Liberal Arts from Stratford College, Danville, VA, in 1963. Brooke worked in Human Resources for most of her career in Delaware and Connecticut. She retired from Connecticut College in New London, CT in 1996, where she was the International Students' Advisor, Coordinator of Services to Students with Disabilities, and the Assistant Director of the Writing Center. From the age of 9 or so, Brooke would accompany a dear family friend, Gini Laurie, to the polio unit at the Cleveland Clinic, in Cleveland, OH. Gini lost three siblings to polio when they were children and because of this, she devoted time to the patients at the clinic and happily took her young charge, Brooke, with her. Mrs. Laurie established a small magazine for those leaving the clinic to keep everyone in touch. Brooke made several friends there and would go to the Laurie's house where Gini and her husband, Joe, would entertain those with polio and other problems that had caused them to lose the ability to use their limbs, or the ability to breathe properly due to paralysis of their diaphragms. Even though the patients had graduated from their cumbersome iron lungs, some of them had portable iron lungs to use. Brooke, Gini, and other volunteers would take the people in attendance into the Laurie's backyard swimming pool where they could move about a bit in the water. When she graduated from Stratford College, Gini hired Brooke to assist her with had become the Toomey J Gazette. She and Gini compiled articles and stories (mostly contributed by the paraplegics, quadriplegics, or others with similar disabilities), and printed the magazine at the Laurie's home. Gini and Joe were her parents' dear friends in Chagrin Falls, and Brooke thought of them as her "second set of parents". Brooke was an active member of the Village Improvement Association (VIA) in Rehoboth Beach, DE from 2002 through 2011. She was also a member of the Rehoboth Art League (RAL) and the Rehoboth Bay Sailing Association (RBSA). Previously, Brooke was an active member of The Lutheran Church of Our Savior (LCOS) in Rehoboth Beach, where she was instrumental in establishing the ESL (English as a Second Language) program. She belonged to several bridge clubs and book clubs, which she thoroughly enjoyed. Brooke was also an active member of several civic organizations, such as the Stonington Junior Women's Club (where she received an award for outstanding new member her first year and Woman of the Year her second year) and the Southeastern CT Child and Family Services Organization, while living in Connecticut for 30 years. She was active in both of her children's PTA's throughout their primary and high school years, as well as Sports Booster Club when they were in high school. She loved animals, especially her loyal canine companion, Bear. Brooke was diagnosed with T-Cell LGL (Large Granular Leukemia) with Neutropenia/Anemia, a rare type of leukemia, in 2007. She spent 3 months in 2007 receiving blood transfusions; again for 2 months in 2008 and for 5 months in 2014. Dr. Srihari Peri, her oncologist, recommended a clinical trial at the National Institutes for Health (NIH) in Bethesda, MD in the fall of 2014. Although her type of leukemia would never go into remission, the Campath treatment with this trial did bring her counts into positive readings. Above all, Brooke cherished time spent with those she held most dear. She was a loving and devoted wife, mother, grandmother, sister, aunt, and friend who was loved by many and will be fondly remembered by all who knew her. Brooke is survived by her beloved husband of 53 years, Frederick Richard "Dick" Steinle of Rehoboth Beach, DE; her son, Rick Steinle (Pamela) of Pittsburgh, PA; her daughter, Molly Kristofak of West Hartford, CT; her grandchildren: Brett Steinle of Pittsburgh, PA, Charlie Kristofak, and Megan Kristofak, both of West Hartford, CT; her sister, Lee Wiley (Larry) of Chagrin Falls, OH; her brother-in-law, Alan Steinle (Larraine) of Wilmington, DE; several nieces, nephews, grand nieces and nephews, and great-grand nephews; and her dearest friends, Vicki and Steve Beshore of Norfolk, VA. All services will be private. In lieu of flowers, the family suggests contributions in Brooke's memory to the American Cancer Society for Leukemia Research: PO Box 22478, Oklahoma City, OK 73123. Please sign Brooke's online guestbook located on this site.

Mary "Brooke" Steinle, age 77 of Rehoboth Beach, DE and formerly of Pawcatuck, CT, passed away peacefully on Thursday, July 9, 2020, at Beebe Hospital, in Lewes, DE. She was born on February 24, 1943 in Philadelphia, PA, daughter of the late... View Obituary & Service Information

The family of Mary "Brooke" Steinle created this Life Tributes page to make it easy to share your memories.

Send flowers to the Steinle family.