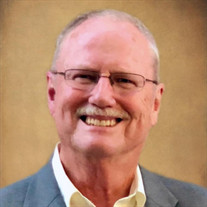 Marvin Leonard Shorter, 75, of Seaford, DE passed away on January 2, 2021 after a year-and-a-half-long battle with Non-Hodgkin’s Lymphoma. He was surrounded by his family, including his devoted wife and best friend of 47 years, Wanda Joanne (Mitchell) Shorter. Marvin leaves behind his family, which he proclaimed on multiple occasions was his “proudest accomplishment,” including his son, Michael Leonard Shorter, daughter-in-law, Jennifer Marie Shorter, and their children Cole, Aiden, Leah and Max, of Wilmington, DE; his daughter, Jessica Madalyn (Shorter) Macdonald, son-in-law, Colin Campbell Macdonald, and their children Abigail and Campbell, of Somerville, MA; and his daughter, Emily Joanne Shorter and her son Bruin Williams, of Felton, DE. Marvin was preceded in death by his parents, Odessa and Leonard Shorter. Marvin spent most of his youth in the small fishing community of Elliott’s Island, Maryland where his father was a union pipefitter and oysterman, and his mother was a crab-picker (among various other jobs). Marvin had a rich life in this small town -- fishing, playing baseball, going to Miss Nora’s Store, and enjoying the company of his grandmother, June Mom, who was the heart of the family and lived close by. After high school, Marvin enlisted in the United States Air Force. After his service, Marvin attended college for his degree in computer science. This led him to not only his next career, but also his future wife. At Leeds Travelwear in Clayton, DE, Marvin and Wanda worked together in the same data processing department, became friends and later dated. When Marvin received a job offer in Richmond, VA, Marvin and Wanda decided to get married and make the move together. They moved back to Delaware after one year and bought their home on Magnolia Drive in Seaford, where all three of their children spent their early years. Marvin began working for the State of Maryland and spent most of his career (33 years) with the Office of Assessments as a computer systems analyst. Family was always front and center for Marvin, and he loved being a husband, father, and later, grandfather. When Michael and Jessica were born just 11 months apart, Marvin would often come home on his lunch hour to help care for the babies and would take them out for a wagon ride as soon as he returned from work. As the children grew older, he never missed a baseball or softball game, though you would rarely hear a peep from him on the sidelines. His manner may have been gentle and calm, but it did not lack emotion. He was generous with hugs and saying, “I love you.” He also had a wonderful sense of humor and comedic timing, ribbing Wanda and his children throughout his last days on earth. In his later years, he often reflected on how much he loved his family, including Wanda, who was always by his side and whose tenacious spirit and unconditional love seemed to have no limits. After Marvin retired at 62, he did not mind that Wanda continued to pursue her career. He was content spending hours outdoors, working on the four acres of land that he and Wanda planted during their 30 years in their home. He planted saplings from the Arbor Foundation every year, often had a project or two going, and even as he went through cancer treatment, he still cut the grass and chopped the broken tree limbs. He was active and many days he would take drives to see his grandchildren compete in sports or go to the gym to work out. Other days you would find him just listening to music while reading the news at home in his sunroom. Marvin loved many things, including a strong cup of coffee, a long afternoon nap, Lyle Lovett, vanilla ice cream, and sitting back in his lawn chair and watching his grandchildren play. He will be dearly missed and deeply remembered. All services are private. In lieu of flowers, donations can be made in memory of Marvin Shorter to the Elliott Methodist Church, 2310 Elliott Island Road, Vienna, MD 21869. Please sign the online guest book located on the tribute page.

Marvin Leonard Shorter, 75, of Seaford, DE passed away on January 2, 2021 after a year-and-a-half-long battle with Non-Hodgkin&#8217;s Lymphoma. He was surrounded by his family, including his devoted wife and best friend of 47 years, Wanda Joanne... View Obituary & Service Information

The family of Marvin Leonard Shorter created this Life Tributes page to make it easy to share your memories.

Marvin Leonard Shorter, 75, of Seaford, DE passed away on January...

Send flowers to the Shorter family.