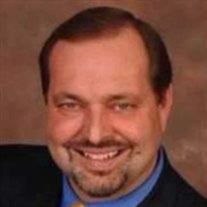 Rev Mark Stephen Abbott of Cleveland, TN, passed away on Thursday, April 15, 2021, following a brief illness. He was 61. Born in Seaford, DE, he was called to the ministry as a teenager and became an ordained bishop in the Church of God and an evangelist in his native Delmarva-DC region. He served as pastor of Baltimore’s Inner Harbor Church from 1981-1986 and the Milwaukee Metro Church of God from 1986-1990. At 27 he was appointed state director of Youth and Christian Education for the Church of God in Wisconsin/Upper Michigan, a position he also held in the Pacific Northwest, South Georgia, and Alabama regions, before being elected to the Assistant Director of Youth and Christian Education in 2000 and the director’s role in 2004. Other leadership roles include state overseer for Indiana as well as state evangelism director in the various regions in which he served. Though he remained an ordained bishop, Abbott found success the last several years in private business as owner of Affordable Roofing Co in Cleveland, TN. He was a member of the Cleveland Rotary Club since 2016. Abbott’s education included completion of the Ministerial Internship Program (MIP) in 1976, attendance to Lee University and Washington Bible College as a Christian education major and a master’s degree awarded from the Pentecostal Theological Seminary. Rev. Abbott is survived by his wife of 44 years, Valerie, and their five sons: Mark Stephen II, Benjamin and wife Lara, with daughters Katelyn, Sarah and Aubree; Joel and wife Kim, with daughters Aurelia and Madison; Caleb and wife Junebetty, with daughters Maggie, Ellie and Rosie (due any day); and Jacob. Although survived by his mother Wanda and father Bill and his wife Jan, he was preceded in death by his brother Tim. A memorial service will be held on Sunday, April 25, 2021 at 3:00 PM at Lifeway Church of God, 7046 Seashore Hwy, Bridgeville, DE 19933. A private interment was held with the immediate family. Please sign the virtual guestbook located on the tribute page.

Rev Mark Stephen Abbott of Cleveland, TN, passed away on Thursday, April 15, 2021, following a brief illness. He was 61. Born in Seaford, DE, he was called to the ministry as a teenager and became an ordained bishop in the Church of God and... View Obituary & Service Information

The family of Rev. Mark Stephen Abbott created this Life Tributes page to make it easy to share your memories.

Send flowers to the Abbott family.