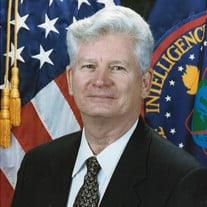 Lt Col Neal E. Tash Ret, of Lewes, DE passed away on Wednesday, July 29, 2020 at his residence. He was born in Riverside, California on April 8, 1941 the son of Col Earl and Ursula Tash. Lt Col Tash is survived by his partner of 26 years Edward Harner; son Bryan Tash (wife Sarah); grandson Conner Tash; granddaughter Madison Tash; sisters Earlene Paynter (husband Ken) and Gail Ogden (late husband Randy); nephew Robbie Ogden; nieces Stephanie and Allison Paynter; niece Christina Hammond; niece Nicole Resendez and extended family Kevin, Jason and Casey Harner. Lt Col Tash’s career spanned more than 30 years of experience in intelligence collection and analysis. He retired as an officer in the U.S. Air Force (USAF) focusing on military intelligence after serving twenty years. After retirement he spent eleven years in senior management positions with the Defense Intelligence Agency (DIA) directing a broad array of programs. In 2002 he retired to Rehoboth Beach, DE. After graduating from Washington State University with a BA degree in Political Science in 1963, he joined the USAF and served 20 years where he held a variety of joint, intelligence- and aviation - related assignments as an officer. He served as a senior intelligence officer analyzing and advising on Soviet/Warsaw Pact aerospace forces doctrine, strategies, planning, and operational capabilities. This included being one of the first members of Headquarters Air Force’s strategic think tank Checkmate. He served as the Chief of the Strategic Forces Section for the National Aerospace Intelligence Center and as senior analyst for the C3 and Force Analysis Branch. Lt Col Tash served a tour of duty in Vietnam and was awarded several ribbons, medals including the Defense Meritorious Service Medal, Meritorious Service Medal with 1 Oak Leaf Cluster, Air Medal with 1 Silver and 3 Bronze Oak Leaf Clusters, National Defense Service medal, and the Combat Readiness Medal. His final assignment brought him to the Pentagon once again, serving on the Joint Staff to work directly with the Office of the Secretary of Defense (OSD), Programs and Evaluation and the Defense Intelligent Agency (DIA). He created the Forces Trends (FORT) futures data base of aviation and support for each NATO country. Lt Col Tash was proud to be a member of a family of career Air Force officers - his father as a Colonel, he as a Lieutenant Colonel, and his son as a Colonel. Lt Col Tash joined DIA in 1986 in a highly classified area and served as a Senior Intelligence Officer and rose to the position of Deputy Director for Information Management after holding a series of progressively more responsible positions in the areas of intelligence collection, requirements definition, analysis, and information technology. His duties included principal advisor on national security issues relating to intelligence requirements, national intelligence databases and functional management of Defense Intelligence Production. Working directly with OSD and DIA he created the Forces Trends (FORT) futures data base of aviation and support for each NATO country. He was awarded numerous Superior Performance Awards and Special Achievement Awards. Once settled in Rehoboth he began volunteering for various committees at the Lewes Public Library including serving two terms as treasurer on the Board of the Friends of the Library. He also volunteered for the Rehoboth Beach Film Society during their annual festival. All services will be private. Memorial contributions may be made in Neal’s name to the Lewes Public Library, 111 Adams Avenue, Lewes, DE 19958. Please sign Mr. Tash's online guestbook located on this site.

Lt Col Neal E. Tash Ret, of Lewes, DE passed away on Wednesday, July 29, 2020 at his residence. He was born in Riverside, California on April 8, 1941 the son of Col Earl and Ursula Tash. Lt Col Tash is survived by his partner of 26 years Edward... View Obituary & Service Information

The family of Lt Col Neal E. Tash Ret created this Life Tributes page to make it easy to share your memories.