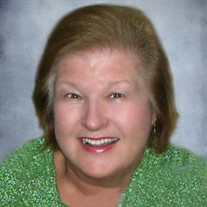 Linda Susan Harris, age 69 of Lewes, DE, passed away at home surrounded by her family on Tuesday, March 10, 2020. She was the daughter of the late Edward Richard and Lorraine Susan (Perry) Rayel. Mrs. Harris graduated from Garden City High School in 1969. She received a B.A. in Political Science from Rosemont College in 1973. She made a career as a mortgage underwriter after spending time as a substitute teacher while her children were growing up. Linda and Robert "retired at the beach" after spending many happy years in Cherry Hill, NJ, where she was active with her neighborhood swim club. Mrs. Harris realized her dream of becoming a world traveler, visiting Italy, Greece, the United Kingdom, Canada, Mexico, Central America, the Caribbean and much of the United States. She also loved gardening, reading, winning bocce ball tournaments, relaxing on the beach and most of all spending time with her beloved family. Mrs. Harris was a loving mother, grandmother, sister, aunt and friend who will be dearly missed by all who knew her. Mrs. Harris is survived by her beloved husband of 49 years, Robert Harris; her son, Andrew Harris and his wife Mara; her daughter, Susan Larsen and her husband Dan; her granddaughters: Tiernan Riley Harris, Keely Teagan Harris and Emily Autumn Larsen; her sister, Lisa Kasprzak and her husband Greg; her mother-in-law, Winifred Harris; her sister-in-law, Martha Harris; her nieces and nephews: Lauren and her husband Joseph, Chip, John and Elizabeth; and many friends and loved ones. In lieu of flowers, the family suggest memorial contributions be made in Mrs. Harris's name to the American Cancer Society, 92 Read's Way STE 205, New Castle, DE 19720. Please sign the online guestbook located on the tribute page.

Linda Susan Harris, age 69 of Lewes, DE, passed away at home surrounded by her family on Tuesday, March 10, 2020. She was the daughter of the late Edward Richard and Lorraine Susan (Perry) Rayel. Mrs. Harris graduated from Garden City High... View Obituary & Service Information

The family of Linda S. Harris created this Life Tributes page to make it easy to share your memories.

Send flowers to the Harris family.