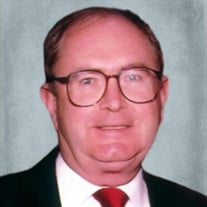 Retired LTC Colonel Len Tyler Busic, husband of Lois Porterfield, passed away on Sunday, May 16, 2021 after a brief illness. Born in Kingsport, TN on August 12, 1939, Len spent a lifetime defending his country. After graduating from Virginia Polytechnic Institute and State University, he was commissioned in the United States Army in 1961. He then went on to serve as a Senior Intelligence Officer with the Defense Intelligence Agency. In later years, Len took pride in gardening and cooking, watching baseball, and listening to jazz. Len's 44-year career included a tour of Vietnam, many years in Berlin, Germany, time at the White House, and ended at the Pentagon. A man with nine lives, he was in Vietnam the day the conflict ended. Len was shot out of a helicopter, survived a wind shear, and rescued colleagues during 9/11 at the Pentagon. He never forgot his Army Oath, nor the importance of looking out for his fellow citizen. To honor him, and all veterans like him, serve your country. In whatever way you can. Rest in peace Len, a true defender of freedom. Len is also survived by his beloved son, Len Tyler Busic Jr. of Elkins, WV; his nephews: D. Todd Busic (Judy), his great niece, Emily Elizabeth Busic of South Riding, VA, and Tom N. Busic (Kelly) of Lynchburg, VA; his niece, April Busic Achter (Tom), of Warrenton, VA;and his stepdaughter Wendy J. Germain of Chantilly, VA. He held a special place in his heart for his great-nephew, David E. Achter. Services will be private and will take place at a later date at Arlington National Cemetery, Arlington, VA. Please visit Len’s Life Memorial Webpage and sign his virtual guestbook at www.parsellfuneralhomes.com.

Retired LTC Colonel Len Tyler Busic, husband of Lois Porterfield, passed away on Sunday, May 16, 2021 after a brief illness. Born in Kingsport, TN on August 12, 1939, Len spent a lifetime defending his country. After graduating from Virginia... View Obituary & Service Information

The family of Len Tyler Busic created this Life Tributes page to make it easy to share your memories.

Send flowers to the Busic family.