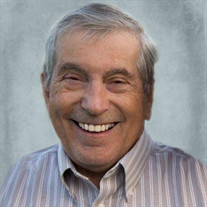 Lawrence Henry (Tazz) Tassone, age 82, died on August 20th, 2019 and has gone to join his brothers in combat who have gone before him. He was born February 16, 1937, in North Adams, Massachusetts the second son of the late Bruno Tassone and Frances L. Tassone (née Mock) of North Adams. He was a graduate of Drury High School. Upon completion of high school in 1955 he enlisted in the USAF on July 5, 1955 retiring June 30th, 1977 as a highly decorated Master Sergeant. He was the recipient of The Bronze Star, two Meritorious Service Medals, two Joint Service Commendation Medals, and the Army Commendation Medal. He served almost 16 years overseas beginning in South Korea, Germany for two tours, Saudi Arabia, Italy, South Vietnam and Thailand. Following his military retirement he and his wife Ellen, moved to San Jose, CA where they operated a retail store; after three years he joined the international staff of the Air Force Sergeants Association (AFSA) where he served as a senior executive for 23 years residing in Waldorf, MD. At AFSA he was responsible for creating two national charities, the Airmen Memorial museum, the Airmen Memorial Foundation. In addition he was a major catalyst behind the formation of the Special Operations Warrior foundation out of the Colonel Bull Simon Scholarship Fund. In 1980, while an AFSA Headquarters staff director, we wrote the now widely used and adapted POW/MIA table ceremony to honor those special heroes who must never be forgotten. Following his second retirement he joined his wife in operating their mastectomy salon also in Waldorf until 2009. The Tassone’s moved to their final location in Bridgeville, DE at the Heritage Shores Active Adult Community where he served his fellow residents as their elected District Commissioner for 9 years. He was a co-founder of the Heritage Shores Military Group and participated in numerous community and retirement community activities. He and Ellen shared a love for traveling, especially cruising and fine dining in restaurants around the world. He spoke several foreign languages including Italian, German, and Dutch. He was a Life Member and active in the Air Force Sergeants Association, the VFW and the DAV. He was preceded in death by his wife, Elisabeth C. (Ellen) Tassone (née Vogel) of Rotterdam, Netherlands whom he met and married in 1969 in Stuttgart, Germany and his older brother Anthony W. Tassone of North Adams. He is survived by two sons, Marco Andre (Jennifer) and Lorenzo Enrico (Angela); three grandsons Francois Jones, Bruno L.G. Tassone, and Augustino Tassone; his sister Eunice A. of North Adams; and sister in-law Irma Troost of Bleiswijk, Holland. Friends may call on Saturday, August 31, 2019 from 10:00 to 11:00 AM with a time for sharing of remembrances to begin at 11:00 AM at the Parsell Funeral Home & Crematorium, Hardesty Chapel, 202 Laws Street, Bridgeville, DE 19933. Interment with military honors will take place at Arlington National Cemetery, Arlington, VA at a date and time to be announced. In lieu of flowers the family suggests contributions in Tazz's memory to the Airmen Memorial Scholarship Fund in care of the AFSA, 5211 Auth Rd., Suitland, MD 20746. Please sign Tazz’s online guestbook located on this site. FLORIST NOTE: PLEASE HAVE ALL FLORAL ARRANGEMENTS DELIVERED BY 2 PM, FRIDAY, AUGUST 30, 2019 TO PARSELL FUNERAL HOMES, BRIDGEVILLE, DE.

Lawrence Henry (Tazz) Tassone, age 82, died on August 20th, 2019 and has gone to join his brothers in combat who have gone before him. He was born February 16, 1937, in North Adams, Massachusetts the second son of the late Bruno Tassone and... View Obituary & Service Information

The family of Lawrence "Tazz" Henry Tassone created this Life Tributes page to make it easy to share your memories.

Send flowers to the Tassone family.