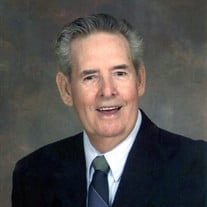 Lawrence L. Lynch, 82, of Lewes, DE passed away peacefully in his home on Sunday, March 21, 2021, with his wife and youngest daughter by his side. He was born on March 12, 1939 in Mifflinburg, PA, son of the late Raymond and Kathryn (Temple) Lynch. Known to family and friends as Larry, he grew up in central PA. He joined the Army at age 18 and while stationed at Fort Devens in Massachusetts, he met the love of his life, Louise Patient, whom he affectionately called Lulu. They were married on April 25, 1959 in Fitchburg, MA, at St. Joseph Catholic Church. After finishing his military service, Larry moved his young family to New Cumberland, PA in 1965. There, he worked for Penn Truck Lines for nearly two decades. As his children grew and left the house, Larry embarked on an entirely new path, opening a combination pizza shop-convenience store in Orrstown, PA in 1985 called Lynch’s Grocery & Deli. He and Louise ran the highly successful business for 20 years and then retired to the Rehoboth Beach-Lewes, DE area where they settled and developed many cherished friendships. Larry was an avid hunter and fisherman throughout his life. He was in his element whenever he was on a boat or along the shore with a fishing rod in his hand. He created many special memories during vacations to Cape Cod in Massachusetts, a place he visited throughout his lifetime. Larry pursued his love of fishing and boating around the Lewes area as well. He and Louise enjoyed frequent walks along Cape Henlopen and nearby waterfronts. Larry also developed an interest in watching birds from his sunroom. Larry was a member of St. Jude the Apostle Church and served in the Knights of Columbus and the Society of St. Vincent de Paul. Larry is survived by his wife of nearly 62 years, Louise; his son, Craig E. Lynch and his wife, Anita, of Middletown, PA; his son, Kevin P. Lynch of Steelton, PA; his daughters and their husbands, Lisa Lynch and Michael Himchak of Cornelius, NC, Leslie (Lynch) and John Smurthwaite of Pottstown, PA, and Lauren Lynch and Terry Bostwick of Duncannon, PA; his grandchildren: Rebecca Knaub, Scott Kiner, and Victoria Smurthwaite; his great-granddaughter, Lyla Kiner; his sister, Audrey (Lynch) Colangelo and her husband, John; his brother, Edward Lynch and his wife, Susan; his many nephews and friends; and his beloved dog, Malarkey. A Mass of Christian Burial will be on Friday, March 26, 2021 at 10:00 AM at St. Jude the Apostle Church, 152 Tulip Drive, Lewes, DE. Interment will follow the Mass at St. Peter’s Cemetery, Pilottown Road, Lewes, DE. Due to the ongoing Covid-19 pandemic, masks must be worn and social distancing must be observed by all participating in any aspect of the services. In lieu of flowers, the family suggests memorial contributions in Larry’s name to the Guide Dog Foundation, 371 NY-25, Smithtown, NY 11787 or to St. Jude Childrens Research Hospital, 501 St. Jude Place, Memphis, TN 38105. Please share condolences on the tribute page.

Lawrence L. Lynch, 82, of Lewes, DE passed away peacefully in his home on Sunday, March 21, 2021, with his wife and youngest daughter by his side. He was born on March 12, 1939 in Mifflinburg, PA, son of the late Raymond and Kathryn (Temple)... View Obituary & Service Information

The family of Lawrence Leroy Lynch created this Life Tributes page to make it easy to share your memories.

Lawrence L. Lynch, 82, of Lewes, DE passed away peacefully in...

Send flowers to the Lynch family.