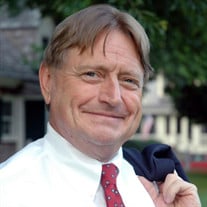 Private Funeral Services via live streaming will be held on Tuesday, March 9, 2021, at 3:00 PM. All are welcome to join the stream by visiting the following link: https://webcasts.lifetributes.com/1124607 Larry W. Fifer, age 75 of Lewes, DE... View Obituary & Service Information

The family of Larry W. Fifer created this Life Tributes page to make it easy to share your memories.

Private Funeral Services via live streaming will be held on Tuesday,...

Send flowers to the Fifer family.